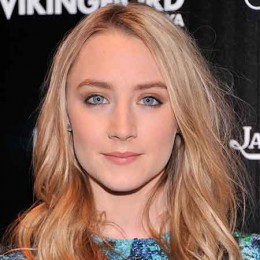 Saoirse Ronan is an Oscar-nominated Irish-American actress who got her share of the limelight after being cast in the romantic war drama named "Atonement" in 2007. She debuted in the entertainment industry in 2003 from the television series named "The Clinic" and her movie debut happened in 2007 from the movie "I Could Never Be Your Woman." She is mostly known for her American coming-of-age movie "Lady Bird" released in 2017.

Saoirse Ronan was born Saoirse Una Ronan to parents Monica Brennan Ronan and Paul Ronan on April 12, 1994, in New York City. Her parents are both Irish actors who were from Dublin, Ireland. 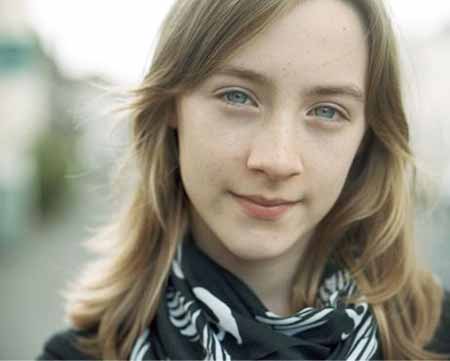 Saoirse Ronan when young
Source: We Heart It

She was raised in Ireland after her parents moved back to their hometown. For schooling, she attended the Ardattin National School but due to some busy schedules, she was later on homeschooled and taught by a private tutor.

Ronan is professionally an actress who debuted in the entertainment industry in 2003 from the television series, The Clinic where she portrayed the role of Rhiannon Geraghty for four episodes. His movie debut happened in 2007 from the movie I Could Never Be Your Woman and the same year was cast in other movies like Atonement, Death, and Death Defying Acts.

She has also voiced for animated movies like Arrietty, Justin and Knights of Valour, Weepah Way Loving, Vincent and a television series, Robot Chicken. Ronan appeared in the 2014 movie The Grand Budapest Hotel in the role of Agatha and was cast alongside actors Ralph Fiennes, Mathieu Amalric and Adrien Brody.

In 2017, she appeared in movies like Loving Vincent, and On Chesil Beach. She appeared in an episode of Saturday Night Live as a host in 2017.

The year 2017 turned out to be the biggest year for her career. She appeared as Christine "Lady Bird" McPherson in the movie Lady Bird. She shared the screen with actors like Tracy Letts, Timothée Chalamet, Stephen McKinley Henderson, and Laurie Metcalf. The movie was both commercially and critically successful. It collected more than $76 million at the box office worldwide and was nominated for five Academy Awards including Best Actress for Ronan. 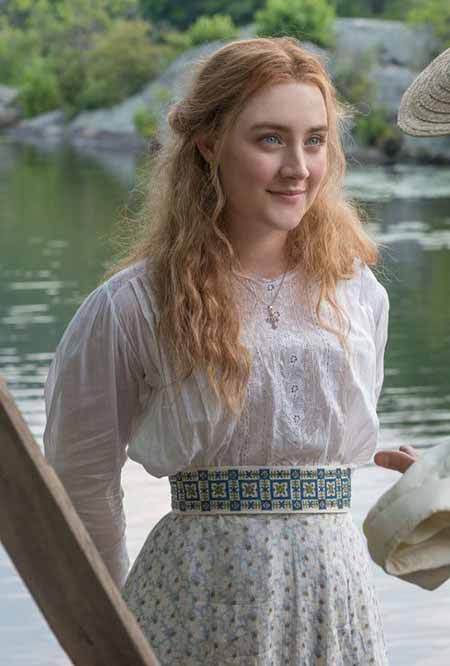 Ronan in the movie Seagull as Michael Mayer
Source: Twitter

Her 2018 movie projects include The Seagull and Mary Queen of Scots. Her movie The Seagull was released on May 11, 2018, where she portrayed Michael Mayer.

She has been a part of some music videos like Garden's Heart, Cherry Win and Galway girl which was sung by Bat for Lashes, Hozier and Ed Sheeran respectively. Other than that she did a stage play which was titled The Crucible and portrayed the role of Abigail Williams.

Saoirse Ronan has won some awards from her career as an actress. She has been nominated for the Academy Award. Some of her awards are:

Saoirse Ronan is estimated to have a net worth of $2.5 million and $7 million according to the sites The Richest and Celebrity Net Worth respectively. She earned her million dollar fortune from her huge career as an actress. She lives in a luxurious apartment in Greystones, County Wicklow, Ireland.

Ronan is single and cleared all the rumors of her relationships on the Ellen show telling she doesn't know how to date. She was rumored to be in a relationship with Irish singer Andrew Hozier- Byrne. They first met at the set of Hozier's song Cherry Wine.

She was also linked to How I Live co-star George MacKay in 2013 and the same year was rumored to having an affair with another co-star Max Iron.

She stands at a height of 5'6 and weighs 55 kg (2018). Ronan wears the dress size of 2 ( US) and her shoe size is 8 ( US ). Her fashion inspiration is Audrey Hepburn. Her mandatory breakfast is bread with mashed avocado on top with poached egg and spinach. She loves milk tea and doesn't like desserts.