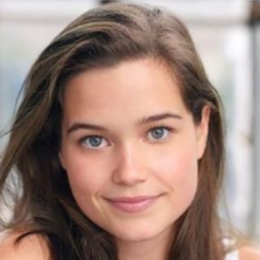 Sarah Catrine Hook is an American actress and singer from Montgomery, United States. She is best known for her performance in Conjuring 3, Law & Order: SVU, and Living in Harmony Sodastream. Sarah has been famous for her theatrical performances as well.

Sarah Catherine has not yet introduced any men as her boyfriend or lover. However, the starlet's closeness with best friend Philip Laskaris puts everyone in a dilemma. If Sarah and Philip come out as lovers together in the upcoming days, they would make a perfect pair. 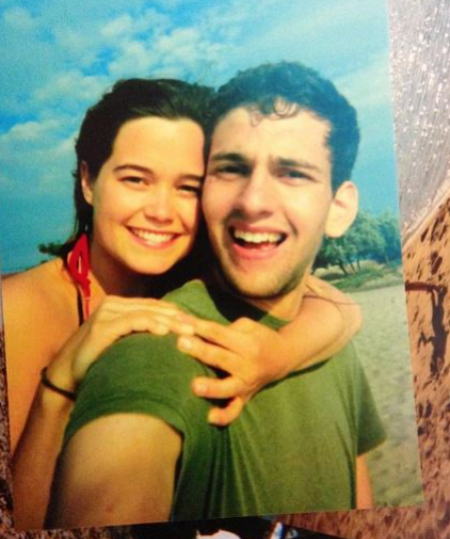 The alleged best friends have not confirmed their romantic bond in front of the media. But they do not lag in flaunting chemistry and uploading moments spent together on their Instagram handle.

Sarah Catherine Hook has summoned an estimated net worth of $1 million as of 2022. She bagged big chunks from her successful career as an actress and model. Sarah receives a payroll of around $42,000 to $100,000 annually, which is the basic salary of an actress in the United States. 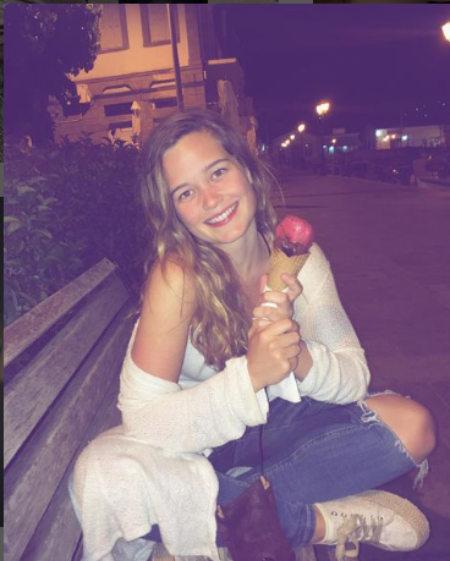 Hook is active on social networking sites like Facebook and Instagram. She probably earns a good amount from ads, endorsements and sponsorships. The blonde-haired has 235k followers on her verified Instagram account "sarahcatherine.hook". Sarah is involved in philanthropic work as well. She is a true supporter of "abortionfunds.org."

Catherine has made big chunks from her successful acting career. She has starred in famous shows and films, including First Kill, Blood Relative, Triangle, NOS4A2, and The Conjuring: The Devil Made Me Do It. Sarah is immensely popular for landing roles in Hulu's Monsterland. 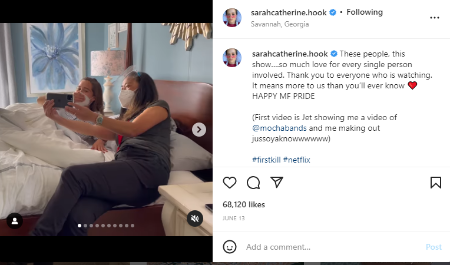 As for Impeachment: American Crime Story, Sarah plays the cast of Catherine Allday Davis, a close friend of Monica Lewinsky. Miss Hoook is featured in two episodes of the season.

Besides, Hook played the character of Debbie Glatzel, the girlfriend of Ruairi O' Connor ( Arne Cheyenne Jackson), who gets distracted by the evil spirit in the movie Conjuring 3. Sarah shared the screen alongside Patrick Wilson and Vera Farminga.

Check out the clip of Sarah Catherine Hook's interview!

Before this, Sarah appeared in Law & Order: SVU and Living in Harmony Sodastream. Catherine Hook had a steamy kiss with her co-star Imani Lewis in the Netflix hit series First Kill. In the show, Sarah played the queer character of Juliette, a 16-year-old student who falls for Calliope Burns. Imani Lewis played her classmate and on-screen partner of Calliope.

Miss Catherine Hook has a slim hourglass-shaped body measuring 32-25-33 inches. Her Bra size is 32 B, Waist Size is 25, and Hip size is 33. She has alluring blue eyes and long blonde hair.