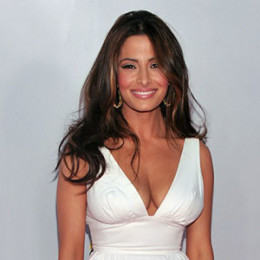 Aahoo Jahansouz Shahi also known as Sarah Shahi is a former NFL Cheerleader and as well as a television actress. She is most popular for her role as Kate Reed in the USA Network series called Fairly Legal. She is happily married to a fellow actor and she has given birth to three children.

Aahoo Jahansouz Shahi also known as Sarah Shahi was born on January 10, 1980, in Euless, Texas, United States of America. She was born to Mah Monir her mother and Abbas Jahansouz Shahi her father.

Her parents got divorced when she was only ten years of age. She is from Iranian and Spanish descent and she belongs to Asian American ethnicity. As for her nationality, she is an American.

Sarah Shahi graduated from the Trinity High School where she was also the captain of Volleyball team of her high school. Later on, she joined Southern Methodist University where she earned a degree in English and Theater. 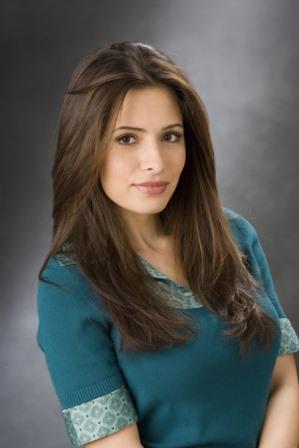 Sarah Shahi had won 1997 Miss Fort Worth pageant and also appeared on the cover page of the squad's 2000 calendar. She started her acting career from the year 2000 on an American romantic comedy movie 'Dr. T and the Women' as a cheerleader.

Later on, she appeared in the 2003's movie Old School and on the same year she also featured in Legally Blonde 2: Red, White & Blonde.

In the year 2006, Sarah Shahi appeared in the comedy movie 'The Dog Problem' and 'For Your Consideration'. In the year 2008, she made her acting presence in an independent movie called 'Shades of Ray'. 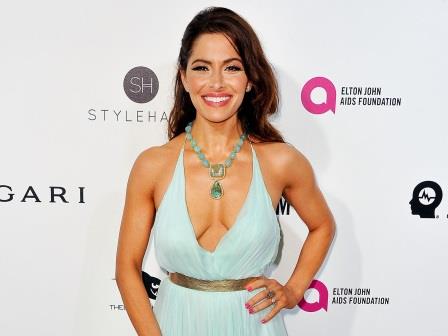 Sarah Shahi is one of the most popular faces on television, and she has earned a massive amount of money through her work in television, movies and as well as from her NFL cheerleading career. She even worked in over a dozen movies and television series since she had put her step in acting.

Sarah Shahi's is no more a single lady as she is a happily married woman. She is married to Steve Howey who is an actor as well. They dated for a few years before they decided to tie the knot on February 7, 2009, in Las Vegas.

The married couple is currently blessed with three children. Sarah Shahi and her husband welcomed their first child, a son William Wolf Howey on July 8, 2009.

After six years, Sarah announced of her pregnancy in January of 2015. And on March 1, 2015, she gave birth to twins, a daughter Violet Moon and son Knox Blue. 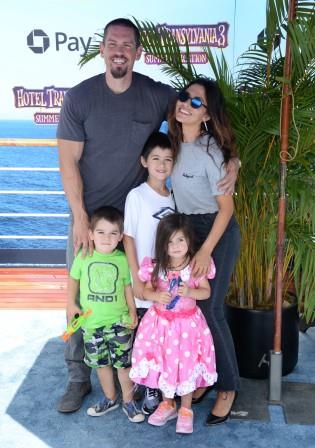 Sarah is one of the most beautiful women with good acting skills and she has also been included in the list of the sexiest women by Maxim magazine in 2006.

The former NFL cheerleader and a television actress Sarah Shahi has maintained a perfect body figure she has got an hourglass-shaped body which measures 34-24-35 inches (86-61-89 cm).

For more details, stay on marriedwiki.com.

Steve Howey and Sarah Shahi got married on 2009 February 7th after they dated for a while, the couple is blessed with three beautiful children

The first child of the married couple William Wolf Howey was born on July 8th of 2009. He has got two little siblings, twins, one sister and one brother

One-half of the twins that was born on March 1st, 2015, she has one older brother and one little brother named Knox Blue.

He is the youngest son of Sarah and Steve who is the second-half of the twins born on March 1st, 2015.