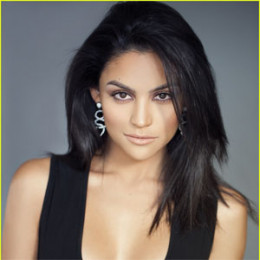 California born actress Bianca Santos is best known for portraying the character of Lexi Rivera on the American drama series "The Fosters". Her debut in the entertainment industry happened in 2013 with TV film "Brodowski & Company" and later on appeared in numerous TV series and movies like "Ouija", "The Duff", "Wild for the Night", "Happyland" and so on. Santos has managed to make herself a household name in the movie and Television industry.

Bianca Santos was born Bianca Alexa Santos to parents Carmen Carnot and Carlos Santos on July 26, 1990, in Santa Monica, California. She is American and belongs to is a Brazilian and Cuban descent from her father and mother respectively. Santos grew up with her brother, Tiago Santos. 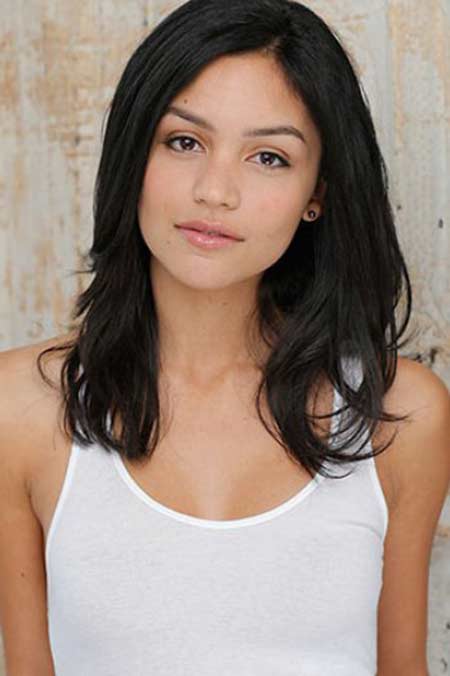 Santos graduated from California Lutheran University from where she majored in psychology and minored in sociology. Besides she can speak fluent Spanish and Portuguese language.

The American actress and producer Bianca Santos debuted in the entertainment industry in 2013 from the Television movie Brodowski & Company where she portrayed the role of Anna. The following year she got her breakthrough role from the American drama series called The Fosters in the role of Lexi Rivera.

In the series, she acts alongside actors Teri Polo, Noah Centineo and Sherri Saum. Some of her movies are Ouija, The Duff, Wild for the Night and so on. 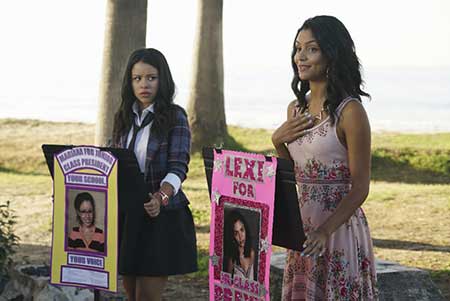 Bianca Santos and Cierra Ramirez in the series, The Fosters
Source: IMDb

Santos starred in the MTV comedy series, Happyland in the role of Lucy Velez for eight episodes. Her recent project includes her 2016 movie Priceless in which she portrayed Antonia and in the 2017 movie, she played the role of Camilla Barnes.

Bianca Santos' net worth is not estimated and is still under review. Her major source of earning is from her career as an actress and producer. Some of her movies were a hit in the box office.

The beautiful actress Bianca Santos is single and not rumored to be in a relationship with anyone at the moment. She was previously linked up with her co-star Jake T. Austin from the series, The Fosters after they shared a romantic kiss in the series. 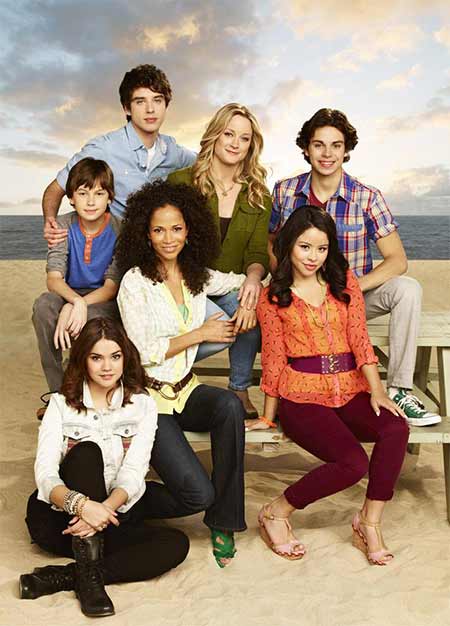 Bianca Santos with her cast members of the series, The Foster.
Source: veja.abril

Later on, Santos cleared all the rumors by saying it was all professional and no actual feelings were shared during the kiss. Sometimes later Austin left the show and the rumors disappeared. Beside him, she is not linked or rumored to have dated anyone.

Brothers graduation today. Proud of ya, Love ya T.

Santos is pretty active on his social media handles like as she has more than 173k followers on her Instagram. She stands at a height of 5'5 feet.