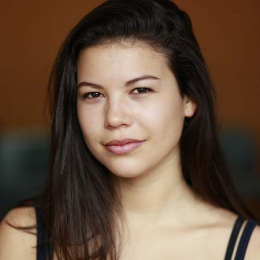 Famous for portraying the role of Oliver's half-sister, Emiko Queen in the TV Series, Arrow, Sea Shimooka is one of the talented actresses in Hollywood. The star made her big screen debut from the series and it became the turning point of her career. She grabbed a huge fan following as well as an impressive fortune from her acting in the series.

Is Sea Shimooka Married Or Dating Anyone?

Sea Shimooka is a married woman as per her Instagram. The star posted a picture with a guy whom she mentioned her husband. She captioned the picture, ''I told my husband not to wear that fucking hoodie to wine taste.'' Have a look at the photo: 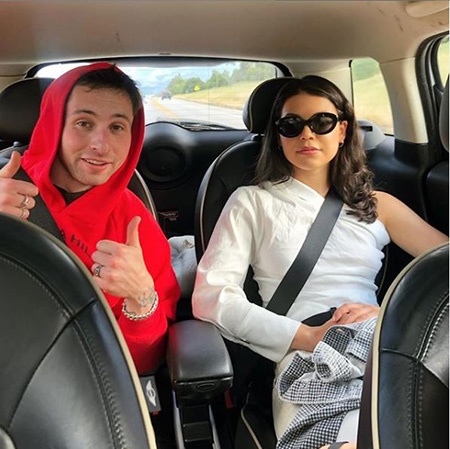 Sea Shimooka with her husband.

Whether she was just joking or was serious, she better knows. So, after the picture, it can be said that she is married to her mysterious husband.

Due to such pictures, they were speculated to be dating as boyfriend and girlfriend. She, however, made it clear by mentioning him as pretend bf in the caption.

Apart from the relationship, the star is active on social media including Instagram. Her ravishing pictures helped her to grab amazing followers of more than 33k as of 2019.

The talented actress Sea Shimooka has a net worth of around $200 Thousand. The star's major source of income is her acting career.

Shimooka is currently working in superhero television series, Arrow along with the cast members Stephen Amell, Emily Bett Rickards, and David Ramsey among others. The star is the series makes an average salary of $100 Thousand per episode and she might also make in the same range. Furthermore, a TV star makes an average salary of $150k to $1 million.

Sea Shimooka was born in San Francisco to a Frech/English descent mother and a Japenese Hawaiian father. The star who is American by nationality grew up in the Bay Area.

While the beauty was at her high school, she used to be an accomplished athlete. She used to play both varsity and club volleyball. Later, she attended the New York University Tisch from where she earned a degree of a B.F.A in Drama.

The star, moreover, was selected in a nationwide search for the ABC Talent Showcase where she received invaluable mentorship from ABC Studios. She then continued her training under Charlie Sandlan at Maggie Flanigan Conservatory.

Get To Know More: Colton Haynes

Regarding her career, Shimooka started her career in acting at the very early age of 13. Coming to her acting career, Shimooka began acting since her high school and later appeared on Broadways. Luckily, she got the role of the villainous half-sister to Oliver Queen, Emiko Queen, on Arrow (The CW) from where she rose to the stardom.