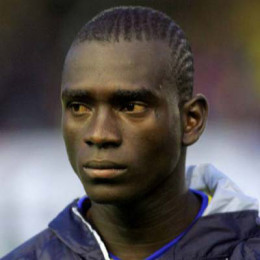 He is an Ecuadorian professional football player who is currently playing for the Dorados de Sinaloa since 2015 and in the national football team of Ecuador since 2003 as a defensive midfielder. He is a versatile player who can also play as the central midfielder. He made his professional debut in the year 2000 playing with Quito's Club Deportivo Espoli. He has played in different clubs as being deployed as well as being transferred as well.

He started playing football in 2000 after moving to the capital, Quito to play for Club Deportivo Espoli. He played a total of 3 years for the club appearing in 66 games and netting 11 goals. After that, he joined Club Deportivo El Nacional, one of the most successful clubs in Ecuador. In his 3 years spell for the club, he appeared in a total of 112 games and score 11 goals. Further, he won the league titles consecutively in 2005 and 2006.

In August 2006, he moved out from his country to Serbia where he signed a two-year contract with Red Star Belgrade. In his first season with the club, he netted 8 goals and played a vital role in the club's double in 2007. He appeared in 72 games scoring 18 goals.

Everton wanted to sign Castillo after the expiration of the loan period but his parent club Red Star reportedly asked for £5 million to make the deal permanent.

Castillo was again sent on a season-long loan to the English Premier League club Wolverhampton Wanderers. He debuted for the club in a match against Fulham, on September 20, 2009. He only appeared in 8 games for the club and was later dropped out of the first team.
He returned home to play for Deportivo Quito. He also played for Al-Hilal signing a two-year contract in June 2013. As of 2018, he is playing for Barcelona Sporting Club in his home country. Similarly, Jorge Guagua is also a an Ecuador retired international footballer.

Catillo made an international debut on August 17, 2005, against Venezuela as a substitute. Following his first appearance, he was a regular first choice for his country. He played in Ecuador's World Cup campaign where his country reached the second round for the first time in the history. He also played as captain in few games.

He is a married man, tied the knot with Brenda Castillo. He is the father of a child as well. He has been loyal to his wife. There are no any past records of his affairs other than this. He loves his wife and child very much. There is no rumors or controversies available about him. He often comes in the news for his transfer during the transfer seasons.

She is very beautiful and his long time girlfriend. The two have a son together. They are living very happily together.

He is young and attends elementary school now. He is very cute and adorable. His parents loves him very much.