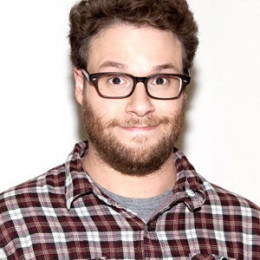 A Canadian-American actor, filmmaker, and comedian, Seth Rogen is currently married to actress Lauren Miller since 2011. He was born to mother a social worker Sandy and assistant director Mark Rogen. He attended Point Grey Secondary School in Vancouver. Seth Rogen began his comedy career at age 12 by attending Mark Pooley's comedy workshop class. He won a Canadian Comedy Award for Best Writing for the film Superbad.

Canadian actor, Seth Rogen is kindling lovey-dovey relationship with his sweetheart turned life partner. The Black Monday star and his spouse shares no children. How blissful is their married life?

Screen writer and actor, Seth Rogen is currently married to actress and screen writer Lauren Miller. The lovers turned a girlfriend-boyfriend relationship into a holy matrimony after dating several years.

The couple's ideal wedding ceremony was held on October 2, 2011 after dating her for seven years. They met while he was working on Da Ali G Show in 2004 and engaged on September 29, 2010.

The couple seems to be very happy with each other and have been united as a life partner for a decade now. There are fewer signs of their separation in upcoming days.

How Rich Is Seth Rogen?

Seth Rogen has an estimated net worth of $55 million as of 2019. He adds millions of dollars to his wealth through his profession as a screenwriter, film producer, actor and voice artist.

He married writer Lauren Miller in 2011 after dating her for seven years. They met while he was working on Da Ali G Show.