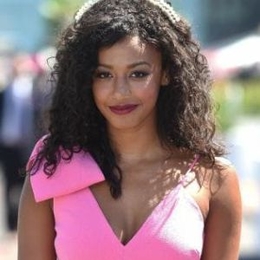 Shalom Brune-Franklin is an aspiring British-Australian actress who has cemented a special position for herself in the Hollywood industry. She has won the hearts of thousands from her role in Our Girl, Bad Mothers, The State, and Doctor Doctor. 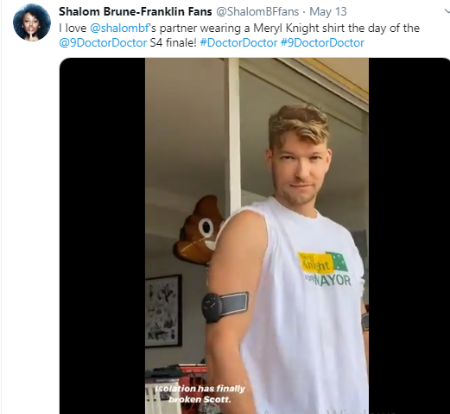 For Shalom, it is awesome because you get to travel and meet up in all these great places and it's really cool. The actress feels like she is lucky to have found the right person and they don't have any personal issues at all. 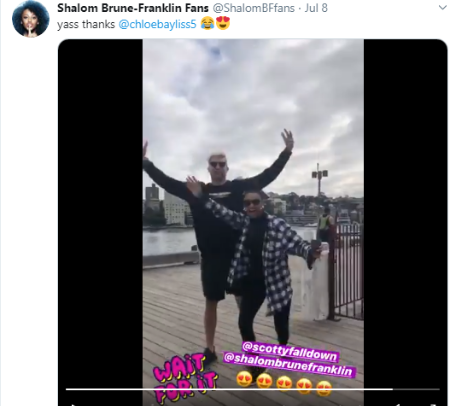 Shalom Brune met her partner while she working on Doctor Doctor and her lover was a producer. At that time, she's determined to continue to split her time between the UK and Australia. Shalom and her boyfriend who goes by the name Scotty Falldown on social media has been together for years with no signs of break up.

How Much Is Shalom Brune-Franklin's Net Worth? 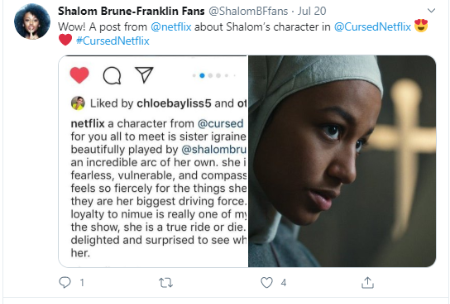 The black beauty never really discussed her house, lifestyle, or real estate properties. In an interview with fq. co.nz, Franklin wishes to own a yacht, live in the Bahamas, and have a mojito.

Shalom Brune-Franklin starred in a number of television series to this date. She appeared in Channel 4 mini-series The State as Umm Khulthum. She's even appeared in Swiss Avalanche and Barracuda and Hollywood movie Thor: Ragnarok.

Franklin played the role of British soldier Maisie Richards on a BBC1 army drama Our Girl. She returned to Australia in September 2018 to film Bad Mothers playing the character of Bindy.

Brune-Franklin's most recent show includes the 2020 TV series Cursed in which she portrays the role of Arthur's sister, Igraine/Morgana. She works alongside Lily Newmark, and Deven Terrell.

The 5 feet 8 inches tall spent her childhood days in the suburbs of Perth, Australia for ten years where she starred in soap opera series portraying the role of Aoife in Doctor Doctor.

Right after obtaining her higher education, Our Girl star moved to Australia at age 15 to chase her acting career. While in school days, Shalom was a sporty teen fond of training for the 800 meters in the London 2012 Olympics.