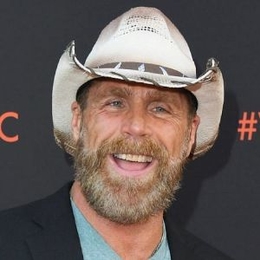 Shawn Michael is a retired professional wrestler, best known for serving for the company WWF/WWE. He is a household name appearing for more than 25 years on various wrestling company, which earned him the nicknames like "Show Stopper," & "Mr. Wrestlemania" for giving his body and soul for fans enjoyment.

Shawn Michael is an accomplished WWE professional wrestler of all time. However, Shawn had a few ups and downs in his personal life. But, today, the 55 years old veteran wrestler doing well with his balanced life.

Shawn is also a blissfully married man. Shawn walked down the aisle with the very beautiful Rebbeca Curci, aka WCW Nitro Girl's Whisper, on March 31, 1999. The romantic couple welcomed a son Cameron Kade on Janaury 15,2000, and after four years, a daughter Cheyenne Kade. 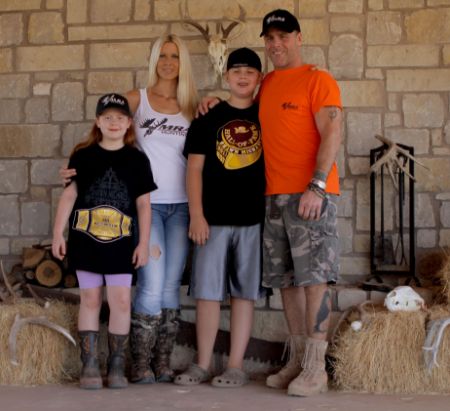 A picture of Shawn Michaels with his wife Rebecca Curci and their kids. SOURCE: Pinterest

Before his married life with Rebecca Curci, the WWE Hall of farmer previously tied the knot with former wife Theresa Wood on May 28, 1988. However, the marital relationship didn't last long and ended up on August 23, 1994. The reason behind Michaels and Wood's divorce is still unclear.

Although Shawn came from a military background, he always dreamed of turning himself into a big wrestler that the wrestling world would bow to him. The sign of being a big wrestler was always present in Shawn Michaels from his tender age. 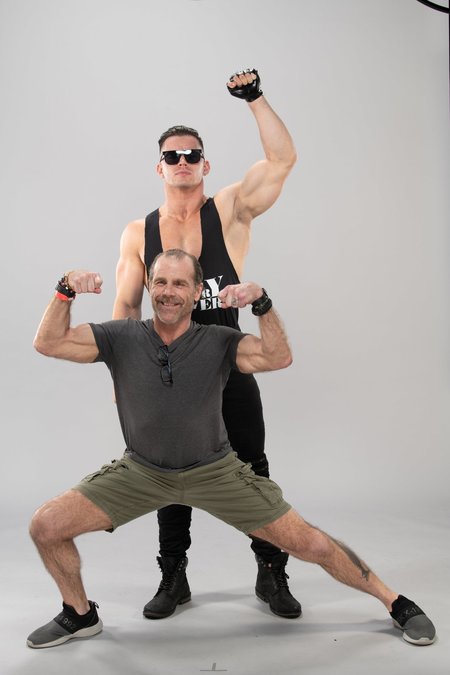 Shawn Michaels is one of the most famous wrestlers in the history of WWE. SOURCE: Twitter (shawnmichaels)

First, Shawn represented the famous wrestling brand NWA. His trainer at the time was Jose Lothario. Soon, he left NWA to form a team called The Rockers with Marty Jannetty.

Later, he joined companies after companies like Texas All-Star Wrestling, & American Wrestling Association from 1984 to 1986 until finally pursuing over two decades of the journey of his life on WWF.

Not to mention, his Heartbreak Kids nickname was also considered brash, funny, and heel. And ladies at the time were huge fans of his character.

But, Michael rose to fame when he first feuded with Razor Ramon for the belt weighing high above the air in a first-ever ladder match and first hell in a cell match against The Undertaker. Shawn won his first-ever royal rumble match, headlining to Wrestlemania 1997.

Michael then went on to form another faction, "Kliq," the same year. And, WWF scripted the injury, which was a concussion to Shawn, while the match with Owen Hart was for retirement storylines.

Only after returning to the company, Shawn first won his main title WWF title in 60 minutes iron man match against Bret Hart. Likewise, the greatest faction D-Generation X with Hunter Hearst Hemsley, Rick Rude was later formed and admired by the fans. 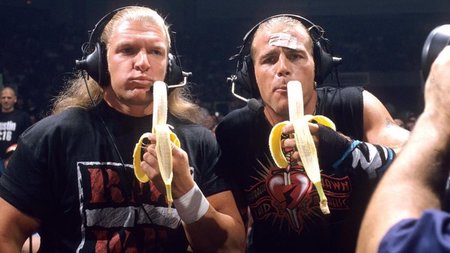 The year 2002 to 2009 was the peak of his long remarkable wrestling career. During the era of ruthless aggression till PG, Shawn was a part of some gold storylines like NWO, classic feuds with Chris Jericho, John Cena, Randy Orton, Hulk Hogan.

Additionally, Michaels also had a great bonding with the late legendary wrestler, Scott Hall. The WWE champ opened up about the time he spent together with Hall during their career after the death of the Maryland-born wrestler. Michaels opened up that he met Hall for the first time in-ring when he was just 19.

At the 24th annual episode of WrestleMania, Michaels had a match with Ric flair ending Ric's illustrious career after taking the victory. Shawn Michael's last contest in WWE came against the Undertaker in his infamous "Streak vs Career Match" at Wrestlemania 25, which he lost. The event also featured boxer Floyd May Weather fighting the giant Big Show in a no disqualification match which was indeed a crazy and entertaining match. 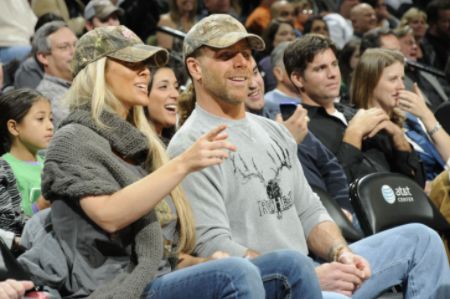 After taking a break of almost a decade, Shawn came out of retirement for the final chapter of his career against the Brother of Destruction, teaming up with his DX's Triple H in 2018 Saudi Arabia's event The Crown Jewel, which gave Shawn a hefty amount of $3 million.

Net Worth of Shawn Michaels

Shawn Michaels, aka Mr. Wrestlemania, has a whopping net worth of almost $16 million earned from his wrestling profession, tours with WWE that get him paychecks in millions annually. Michaels, along with Jose Mathario, Slick also established his wrestling academy, producing amazing superstars like Daniel Bryan, Paul London, Lance cade.

Watch the video of Shawn Michaels gives an interview talking about his battle with addiction featuring his wife Rebecca Curci below.

In addition, Shawn is the host of two amazing shows, Resurrection of Galvin Stone, and 90 feet from. He also makes a regular appearance on NXT live, adding extra income to his wealth. Shawn lives an amazing luxurious life with his family in his beautiful house in Florida with such a whopping bank balance. 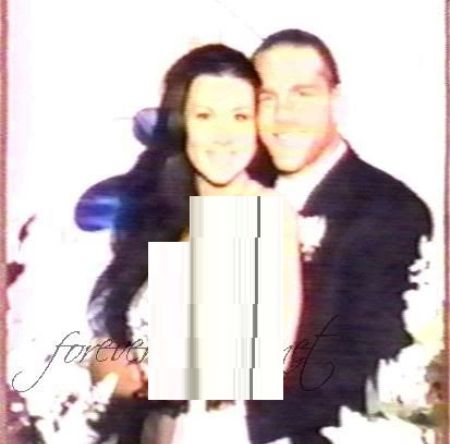 See more news and content only on Married Wiki.

Shawn Michaels exchanged the wedding vows with Rebecca Curci after getting divorced from his first spouse Theresa Lyn Woods.

Shawn Michaels was previously married to Theresa Lynn Woods. The marriage didn't last long as the duo splitter after only six years.

Cheyenne Michelle Hickenbottom is the daughter of Shawn Michaels and his partner Rebecca Curci Hickenbottom.