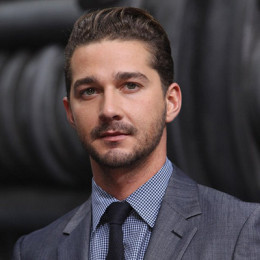 Shia Saide LaBeouf is an American actor as well as a director. She is best known for a series named Even Stevens. In 2003 he had debuted himself in film and in the same year won a Daytime Emmy award.

Shia Saide LaBeouf was born on 11 June 1986 in Los Angeles, California as the only child of Jeffrey Craig La Beouf and Shayna (nee Saide). His Jewish mother was previously a dancer and ballerina. Later, she became a visual artist and cloth jewelry designer.

His father who has French ancestry and belongs to Cajun descent is a Vietnam War veteran. LaBeouf often describe his parents as 'hippies' as he was raised in a 'hippy lifestyle. His father was a drug addict during his childhood days. He was sent to a rehabilitation center for heroin addiction. 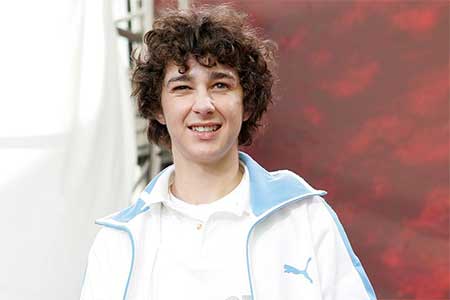 Eventually, his parents separated because of their financial issues. LaBeouf was raised by her mother in a poor environment as she used to sell fabrics and brooches for daily livelihood. Due to continuous money issues, he spent some part of his early days with his uncle.

Though he learned most of his education from his tutors, he also attended Alexander Hamilton High School. He stands at a height of 5.77 feet (1.76m).

Before pursuing the career as an actor, LaBeouf performed comedy in his neighborhood. He started performing stand-up comedy at comedy clubs when he was just 10.

He played the role of Louis Stevens on the Disney Channel weekly program Even Stevens in early 2000s. It was the same time he received an opportunity to provide his voice of Asbel in the Disney-produced Nausicaä of the Valley of the Wind.

He made his directorial debut in 2004 with a short movie 'Let's Love Hate'. In 2007, he appeared in some commercially successful movies including Disturbia and Surf's Up. Disturbia grossed $80.2 million in North America with $117.8 million worldwide against $20 million of the total budget. The same way, Surf's Up made $149 million worldwide.

He also performed in some other high grossing movies including Transformers as Sam Witwicky alongside Tyrese Gibson, Josh Duhamel, and Megan Fox and it's sequels Transformers: Revenge of the Fallen and Transformers: Dark of the Moon.

Some of his notable performance include Lawless, American Honey, Borg vs McEnroe, The Company You Keep, Fury, and Wall Street: Money Never Sleeps.

The Peanut Butter Falcon and Honey Boy are his upcoming projects. The star is playing the role of his own father in the autobiographical movie Honey Boy. He looked completely unrecognizable with the long hair extensions and a balding cap. Honey Boy happens to be his childhood nickname. The script is written by LaBeouf himself. Oscar nominee Lucas Hedges is playing the role of the young LaBeouf.

His next project 'The Peanut Butter Falcon' is an adventure movie; all about a young boy with Down syndrome.

Most recently in 2017, he was nominated with Guldbaggage Awards for Borg McEnroe and  Independent Spirit Awards and London Film Critics Circle Awards for American Honey.

LaBeouf previously dated China Brenzer for three years. They met for the first time on the set of The Greatest Game Ever Played.

He was in a relationship with co-star Carey Mulligan from August 2009 to October 2010. Reportedly, he dated many other famous faces including Isabel Lucas, Rihanna, Megan Fox, and Karolyn Pho before spotting British actress Mia Goth. 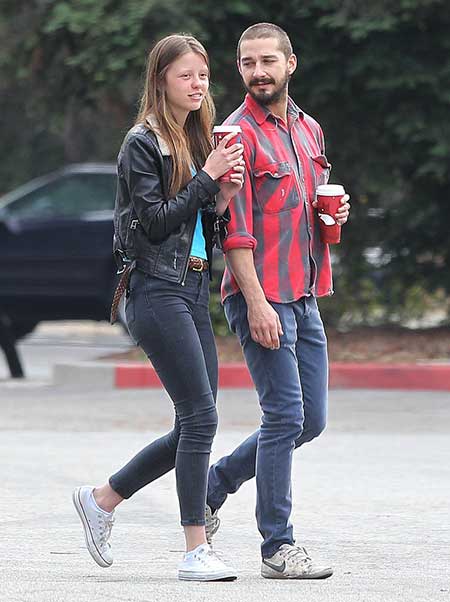 Shia and Mia started dating after meeting on the set of their controversial movie Nymphomaniac: Volume II. Being in a relationship for four long years, the couple got engaged to wed in March 2015.

Despite an amazing connection between the two, they parted shortly as they were not spotted together in a couple of occasions. They reunited in November 2015.

The couple exchanged vows at the Viva Las Vegas chapel in 2016. The grand event was live-streamed and captured by TMZ. They danced, enjoyed and exchanged some kind of unusual vows.

The Clark County of Nevada announced that the two were not legally married though they tied the knot in the commitment ceremony.