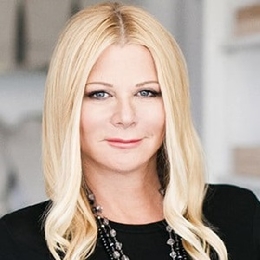 It is a blessing to have a successful professional life as well as personal life. An American makeup artist, Sheryl Berkoff, and her spouse Rob Lowe are one of the luckiest couples who are enjoying their nearly three decades long-married a life without facing any conflict.

Married The Man Whom She Met On A Half-blind Date

The secret of a happy marriage is finding the right person. You know they're right if you love to be with them all the time. Similarly, the 60 years years old makeup artist Sheryl and her beloved spouse Rob Lowe (58) are happy to be the part of each other's life. 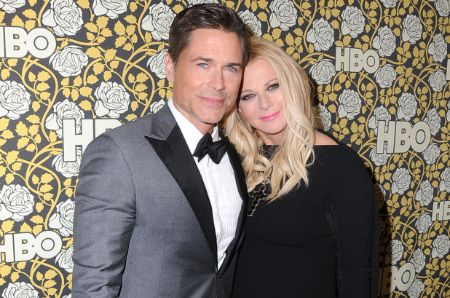 Berkoff met her future husband, Rob, on a half-blind date in 1983; however, they weren't ready to date one another at that time. They did not take any steps forward and instead decided to go on a few more dates. On the following journey, they passed over six years without officially dating each other. 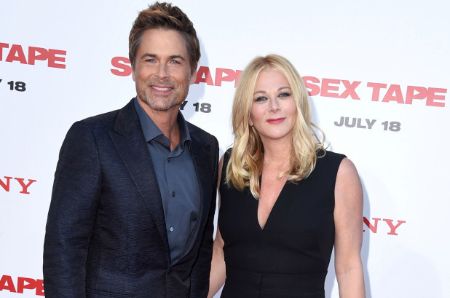 We can consider that Berkoff and her partner Rob are the coupes made in heaven. Fortunately, the duo again met on the set of the movie Bad Influence after almost around six years. Rob was cast in the film; meanwhile, Berkoff was chosen as a makeup artist.

It was the first time; the duo officially began dating. They even got to know each other properly as it became a kind of dating spot to them. 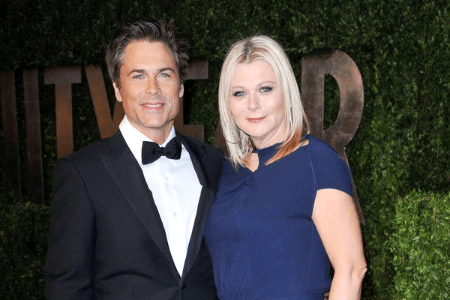 Finally, after dating for almost two years, the lovebirds planned to take their relationship to the next step. They kissed and pronounced husband and wife on 22nd July 1991. In an interview, one of their mutual friends said, Berkoff, did not agree to marry her lover unless he quit drinking alcohol, which he later agreed to do.

Ever since their wedding, the duo is together. To date, they haven't faced any conflicts which could turn their happy relationship sour. Furthermore, there are no rumors surfaced on the internet about their divorce and extramarital affairs. They are supportive of each other and frequently makes public appearances together. 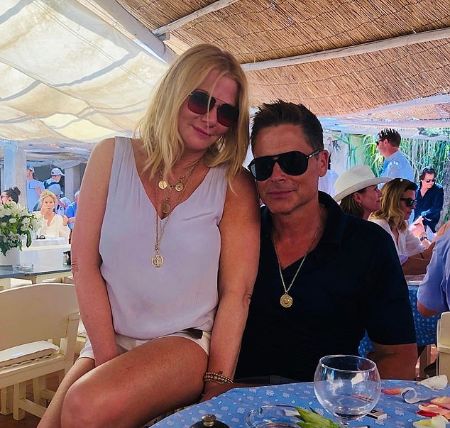 In June 2019, the makeup artist and her hubby attended the red carpet at the Monte Carlo TV Festival. Berkoff looked stunning in a glittering gold dress followed by a matching gold stiletto. The left sleeve of her dress was a long sleeve while the other one was bare.

After the end of the festival, the duo vacationed at St. Tropez. Besides, the pair further celebrated Berkoff's 58th birthday by having lunch at the French Riviera on 20th June. While celebrating the special day, both of them wore matching gold medallion necklaces.

Sheryl Berkoff and her partner in crime Rob Lowe are proud parents of two kids, sons. As of now, both of their sons are grown-ups.

Berkoff gave birth to their first son Matthew Edward Lowe in 1993. Likewise, after two years in 1995, the family of three turned four after the birth of their second son John Owen Lowe. 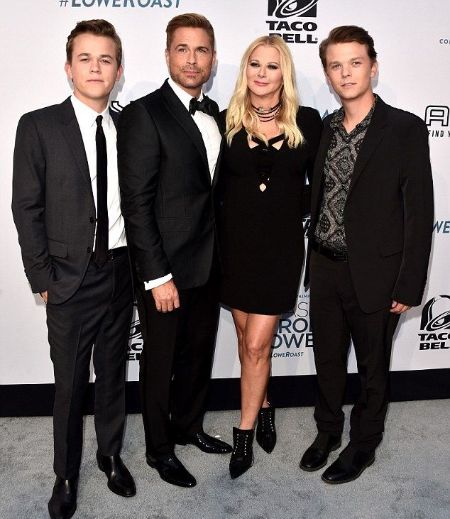 Sheryl Berkoff with her husband and sons SOURCE: Pinterest

As of now, Sheryl and her partner are living happily with their children and further spends quality time with them. They are loving and caring husbands and wives as well as parents.

Sheryl Berkoff holds an overall net worth of $3 million. She earned such hefty bucks from her long career as a makeup artist. Berkoff has worked in a number of projects as well as with popular celebrities. In the United States, a makeup artist can make a salary upto $56311 per annum.

Besides her income, her spouse Rob Lowe earns an impressive amount of money from his multiple careers. He has a net worth of $100 million as of 2022. Further, he receives a salary of around $100,000 per episode of the series in which he portrays.

Matthew Edward Lowe is the first son of a makeup artist Sheryl Berkoff and her spouse Rob Lowe.