Widely known teen star of the 80s, Rob Lowe is enjoying his attractive career along with a successful marriage. It's a surprising fact that once a Casanova is happily married for almost three decades, what's the secret?

Lowe is married to wife Sheryl Berkoff for good-long years and the couple shares two children. With their steady and content relationship, they are a soulmate.

Rob Lowe and Sheryl Berkoff, a makeup artist, walked down the aisle on 22 July 1991. Rob and Sheryl first met in 1983 on a blind date.

They came each other's way again 6 years later when Rob was starring in a film titled Bad Influence and Sheryl was to be the makeup artist for that movie and that became a kind of dating spot for the soon-to-be couple. 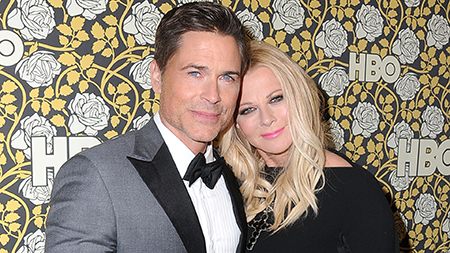 Lowe and Sheryl Berkoff have been enjoying every moment for 27 years of marriage. Sheryl is a very supportive wife to Lowe, she reinforces his dream in every way possible. Perhaps this is one of the reasons for their everlasting marriage.

The couple never left one another's side throughout both happy and tough times. Despite his decorative relationships history and sex scandals, Sheryl loved Lowe with all her heart and that's the ultimate secret for their everlasting marriage.

To the best woman I know. Happy #internationalwomensday

For Sheryl's love and support, Lowe simply is grateful to wife Sheryl. In return, he never forgets to surprise her on valentine's day or any other occasions.

Don't Miss: 48 Years American Actress Ellen Pompeo Is Married to Husband Chris Ivery Since 2007; The Couple Shares Three Children; Chris Was A Convicted Criminal In The Past

With all those bittersweet experiences, they are making most of it with their grown-up sons; Edward Matthew Lowe, born in 1993 and John Owen Lowe born in 1995.

Besides being an amazing actor, Lowe is a wonderful father to his sons and never fails to fulfill his responsibilities as a father.

This #weekend with my #boys There is nothing better in #life

Rob Lowe went through a lot in his life. In the end, Lowe won his battle with life as he is happy with his wife and sons, and that means everything to him.

Lowe, 54, was also known as ladies' man as back in the days as he dated numerous women before his marriage.

The handsome hunk Rob Lowe famously dated American actress Melissa Gilbert when she was just 17. Lowe proposed to Gilbert in 1986, but during the time both of them were reported to be disloyal to one another. However, Gilbert then said,

'I fell instantly, hopelessly and stupidly in love. We went from the first date to instant couple. I felt like I was starving for Rob.' 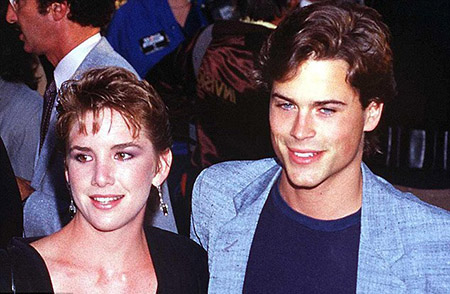 But their love didn't last as they got separated. At that time Gilbert was pregnant with Lowe’s baby but unfortunately, Gilbert suffered a miscarriage. Gilbert stated,

'I had lost my baby and my relationship with Rob … and it hurt like hell.'

The brat pack prince Rob dated Princess Stephanie of Monaco during 1986. She is a daughter of Rainier III and Grace Kelly. The couple met when Lowe was in France for his film About Last Night, the two were introduced by Lowe’s friends. 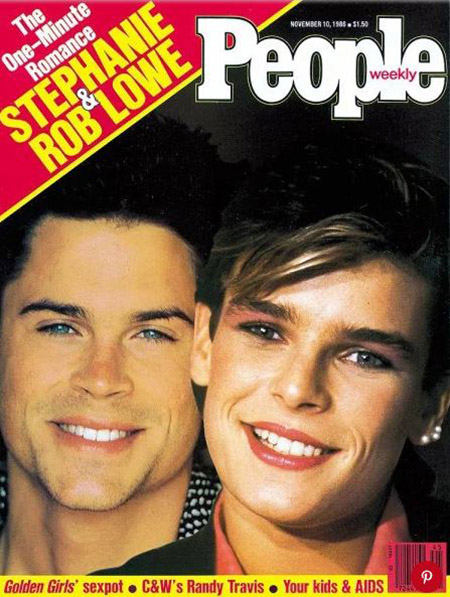 Later, New York Daily News proclaimed that Stephanie and Rob were engaged in September to be married in June. But only after few days, it was called off.

Lowe dated Nastassja Kinski a German actress in 1983. Lowe, then dated Marlee Matlin another actress, the only deaf performer to have ever won an Academy Award. Lowe was also linked up with Janice Dickinson a model, photographer in 1988. Lowe, in 1990 dated Tracy Richman, a TV personality.

Besides his controversial love life, Lowe made headlines multiple times because of his sex scandals. In 1988, Lowe met 16-year-old Lena Jan Parsons at a nightclub in Georgia and ended up sleeping together in a hotel room.

Discover: Pregnant Katherine Heigl and singer husband Josh Kelley having a third child who tied the knot in 2007

The encounter was recorded on tape night before the Democratic National Convention in Atlanta. Later for the illegal activity, Lowe was sued by Parson's mother. 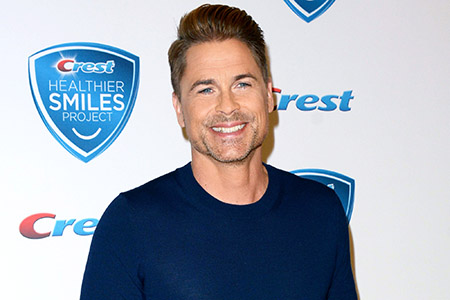