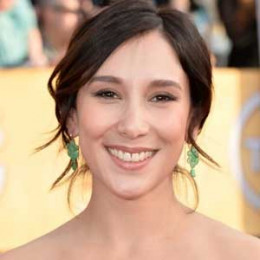 Sibel is famous for starring in the 2004 film Head-On. She also won two Lolas, which is the most prestigious German film awards, for her performances in Head-On and When We Leave. She prominent fame for her role as Shae in the HBO series Game of Thrones. Apart from that Kekilli has also appeared in nine pornographic movies.

Sibel Kekilli is a German actress, born on 16 June 1980 in Heilbronn, Germany to a family of Turkish origin. Her parents migrated to Germany from Turkey in 1977, and described by Kekilli as "fairly liberal."

After completing school with good grades at 16, she enrolled a 30-month-long combined training program for becoming a certified public administration specialist for the local city administration. After successful accomplishment, she continued work as an administrative assistant for two years at Heilbronn city hall. Later, moved to ESSEN, where she did various jobs like a bouncer, cleaner, waitress, nightclub manager, and pornographic film actress.

In 2002, while in a mall in Cologne, she was noticed by a casting director and invited her to give audition for Head-On(German: Gegen die Wand). She got the lead role in the movie, and it was released in 2004

Her acting in the film won her Bambi Prize for "Best Shooting Star" in 2004. Soon, after the German tabloid newspaper, Bild-Zeitung made Kekilli's early work in pornography public. After the incident, her parents broke all relationships with her.

In 2006, she starred in the Turkish coup d'état film Eve Dönüs, where she played the wife of a man, who was unjustly imprisoned and tortured. For her acting, she won the Best Actress award at 2006 Antalya Golden Orange Film Festival.

In 2009, Sibel played a movie When We Leave (Die Fremde), where she was cast as a Umay, for which she was awarded the Lola for Best Actress in 2010. In 2010, she played the characters Shae in HBO's Game of Thrones, an adaptation of George R. R. Martin's A Song of Ice and Fire novels.

In 2011, one year after appearing in supporting role in the long-running crime series Tatort, Kekilli became a permanent cast member as new investigator Sarah Brandt.

Sibel Kekilli is not married yet. She has kept information regarding her boyfriend and dating life private. Till now she has done an excellent job keeping it away from the media. As of now, Kekilli is possibly single.

Many awards winning actress Sibel currently has an estimated net worth of $3 million.