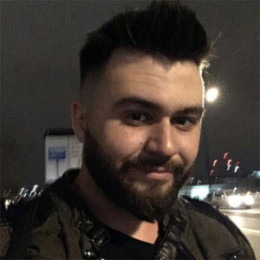 Simon Brough is currently working as a technician swing at The Lion King-Musical in London. Before this, he also worked in various places like- Goldfingers Gentlemen’s Club, Dolce Vita, and Theatre Technician among others. Brough is in a relationship with his actress girlfriend, Dani Harmer at present. The couple also welcomed their only child in 2016. He came to spotlight after dating his celebrity girlfriend.

Simon Brough was born in 1991 in England. Brough is British as per nationality and Caucasian by nationality. His mother, Suzi Allen raised him with his brother, Chris Brough, and sister, Rhean Manaktala.

In 2015, Brough moved to London. The same year, he left the job at Theater Technician and joined The Lion King- Musical in London as a technical Swing.

Whereas, his girlfriend, Dani Harmer is a popular British singer and actress best known for her roles in the CBBC show, The Story of Tracey Beaker, Tracy Beaker Returns and Tracey Survival Files as Tracy Beaker.

Simon Brough is an unmarried man but has a child. Brough is in a relationship with his actress girlfriend who might soon turn into his wife, Dani Harmer. The couple started dating in 2015.

The pair’s happiness doubled when they welcomed their only child, Abarie-Belle Betsy on 28th June 2016. The news of the baby was confirmed by his girlfriend’s mother stating,

‘’Mother and baby are doing well-the baby is beautiful like her mother.’’

The couple is not married yet even after years of dating. However, Brough confirmed that they won’t be getting married until their baby girl is old enough to attend their grand wedding.