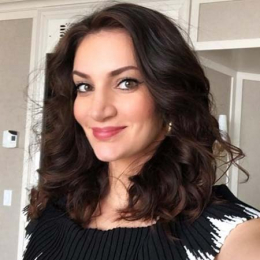 French painter and former adult actress, Sophia Brussaux is known for her painting skills and stunning looks. She appeared on the cover of the popular magazine titled 'Smooth Girl'. She is also famous as the ex-girlfriend of the Canadian rapper Drake.

Sophia Brussaux is possibly single as of now. Besides, she was previously in a relationship with the famous Canadian rapper Drake. The duo first spotted together in January 2017 when they were seen having a dinner date in Amsterdam while Drake was in a WorldTour. 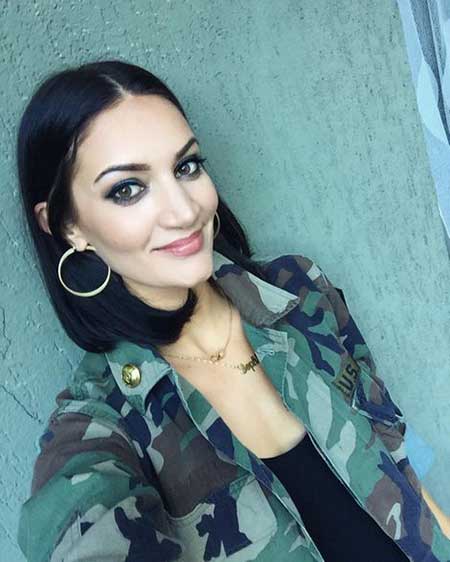 Sophia and Drake both caught media attention when the painter claimed to have received tests from Drake asking to get an abortion. Yes, Sophia was pregnant to the Drak's child. What's more, Sophia gave birth to a son named Adonis on October 11 of 2017. To finalize, Drake even did a DNA test back in March of 2019 which a positive result.

Back when Drake heard about the news of his son, he rapped and celebrated the occasion and even went to buy a crib for his son after that. Further, he even released his 2018 album titled Scorpion where he opens about his relationship with Brussaux.

As per Drake's words on the song, he promised to build a better relationship with Brussaux. But they were facing some complications on their relationship Sophia shared a tweet explaining Drake as a bad dad and shortly, deleted the tweet but here is the screenshot of the tweet,

Pusha T did his googles on #drake ... allegedly the woman that is Drake baby moms called him a dead beat last year. . Did Pusha T go too far or did drake start it by mentioning his fiancé?

As of 2019, the pair is starting to build a good relationship as the French artist shared a few photos at Drake's concert in Paris. What's more, she was seen enjoying the show from the VIP area.

Sophia is currently raising her son alone, however, Drake is also following his son's progress and is financially supporting Sophia. Further, he talked about his fatherhood for the first time while in giving an interview with NBA Star LeBron James and Maverick Carter on HBO's The Shop. He said,

As for the fans of both parties, everybody is waiting for the couple to unite and live together. Additionally, she is an active social media user where she shares many posts about her personal and professional life.

How much is the Net Worth of Sophia Brussaux? Know about her Earnings, Salary

POSITIVE VIBES ONLY thank you team photo by @irinalitvinenko.ph, makeup by @annakalytyak , styled by Nadia (@uptownights)

At the beginning of Sophia, she worked as an adult actress with a name of Rosee Divine for over several years. More to that, she appeared on the cover of the famous magazine Smooth Girl. As of now, she currently works as a painter and shares many posts on her Instagram account.

Apart from that, Sophia's ex-partner Drak is a famous rapper who holds a net worth of $150 million. He is an award-winning singer who collected that fortune with the help of his career as a rapper, singer, songwriter, actor, producer and entrepreneur.

Sophia Brussaux was born on 1 August 1989 in Bordeaux, Aquitaine, France under the Leo star sign. She holds both French and American nationality. Apart from that, she is private about her early life and prefers to keep information regarding her early life within herself.

When you look how you feel : happy, peaceful, and secure

Brussausx is an active Instagram user where she garnered over 187k+ followers as of 2019. Further, she is well focused on her career as a painter. 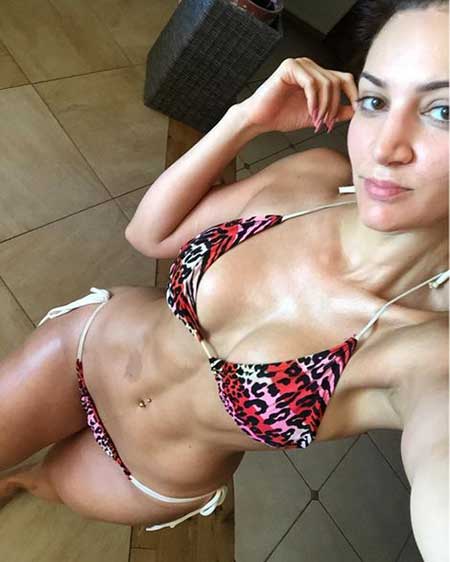 Sophia gave birth to a son named Adonis on October 11 of 2017 who's biological father is Drake.