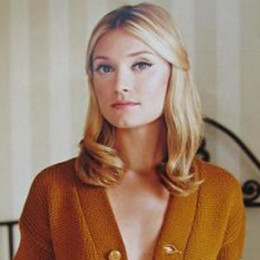 Spencer Grammer was born on October 9, 1983, in Los Angeles. She is one of the four daughters of Kelsey Grammer and  Doreen Alderman and grew up with her four siblings, Greer Grammar (half-sister), Jude Gordon Grammar, Mason Olivia Grammer, and Faith Evangeline Elisa Grammar.

She went to Marymount Manhattan College for her education. She is currently studying at Columbia University in the City of New York. She is currently pursuing a Master of Fine Arts and learning Directing/ Screenwriting.

Spencer’s first role was as a child, appearing uncredited on the show Cheers. Grammar has been phenomenal in all her work in TV shows and movies. She has played the role of Carlene in a movie called Beautiful Ohio in 2006 and her amazing performance in the movie won millions of hearts all over the world.

Spencer Grammer is possibly single at the moment but previously, she was married to a firefighter, James Hesketh in February 2011. The duo welcomed their first child, a son, Emmett Emmanual Hesketh on October 10, 2011.

The couple failed to handle their marital life and split apart in November 2017. The duo cited irreconcilable difference. Her husband asked for the joint custody of their daughter, Emmett Emmanual.

The duo also opted for mediation as to avoid all the messy divorce.

Spencer Grammer has an estimated net worth of $1 million as per some online sources but no official confirmation has come about it. The major source of her income is her career in the entertainment industry.

Grammer at San Diego Comic-con 2016. check out the interview,

Spencer Grammer is married to James Hesketh. They dated for a couple of years and convert their alleged affair into a marital relationship and got married in the year 2011 and started living happily as a husband and wife. Spencer has one child to this time.