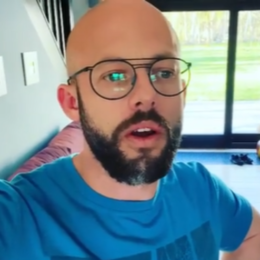 Staf Coppens is a prominent Flemish actor and television show host. Rather than his job, Coppens is famous because of his marriage to former Dutch figure skater Monique van der Velden. Staf and his family are soon going to make an appearance on Camping Coppens which will air in the course of 2021.

Staf Coppens is a married man. He tied a knot with a former Dutch figure skater on 20 September 2014 after dating several years. At the very first date, Staf realized Monique was the one with who he wished to spend the whole life. 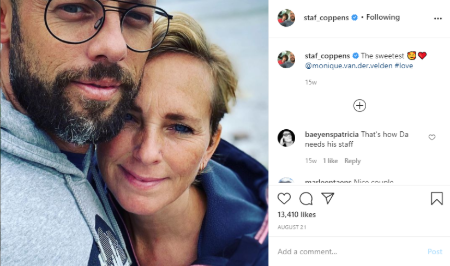 Coppens was paired with Velden in 2006 Dancing on Ice on RTL4 Representing Belgium and Netherlands. Not only that, the pair even won the title so far. Since then, Coppens started seeing Monique time and again. And finally, the duo decided to take their romance to the next level in 2014.

It seems like, Staf and Monique became parents to a son and a daughter before marriage. The couple welcomed their first child Beau Coppens in February 2008 whereas the second one, Nora arrive in December 2009.

Surprisingly enough, Beau and Nora are following the footsteps of their parents. In addition to that, the kids are already so expert at skiing, figure skating, spinning around, pinball, and so on at age 12. 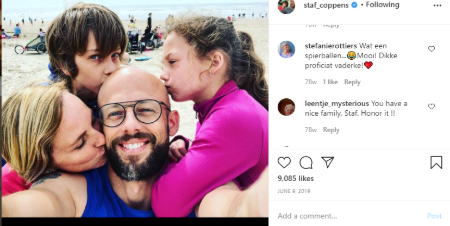 Staf Coppens started his career working in television series including Buiten De Zone, Wittekerke, Bex & Blanche as a child. In 1995, he turned out to be in the hidden camera show Kan Dit!? by Erik Goosens. He had a brief role in an educational film Anke without words for Jenkins, a youth film distributor. 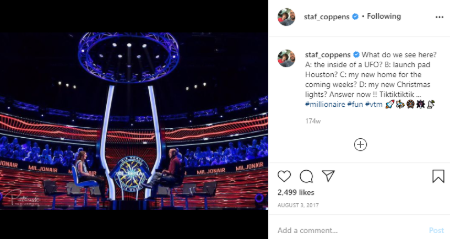 He furthermore made and presented two shows on ketnet titled Stafkes, Straffe Kost and Stafari. Staf also hosted 100 % Bakvis for one season for Ketnet participating in season 1 of the Junior Eurovision Song Contest. From 2001 to 2003, Staf served as a side character in W817.

In 2004, Coppens left the children's and youth channel to join VTM, where he presented various programs such as The most identical twins, On the wrong leg, I want to tell you something, Just the Two of Us, and The Best Belgian.

In 2013, Staf along with his brother Mathias hosted the new show Hollywood isn't Echt and The Body of Coppes on VTM. In 2014, the second season of Het Bod van Coppens was released and the third on 3 September 2015.

In 2016, a new show Hollywood In't Echt was launched by the commercial channel VTM in which the Coppens brothers reconcile America from the films with reality. Staf Coppens became a lead Belgian version of the quiz show Millionaire Hot Seat, a spin-off of Who Wants to Be a Millionaire in August 2017.

In early 2019, Staf and Mathias Coppens presented a show code, Coppens, on VTM which escape rooms where famous Flemish people had to free as quickly as possible.

On 14, September 2020, Staf and his family packed bags to live a life in the middle of Swedish nature to open a campsite. Camping Coppens, an upcoming reality show set to broadcast via VTM in the course of 2021 which reflects the lifestyle of the Coppens family.

Beau Coppens is the first child of Staf Coppens and Monique van der velden. Beau was born in February 2008.

Nora Coppens is the youngest child of Monique van der Coppens and Staf Coppens. Nora was born in December 2009.