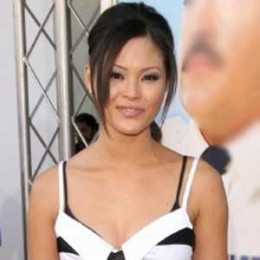 She was enthusiastic about modeling and acting from an early age. After spending several years in the modeling world, she was cast in some minor roles on Pen's movies. Later, she made an appearance on  CBS series "The King of Queens" in different seasons.

On season 4, she played Masseuse #1 in "Eddie Money," in season 6, she played Tine on "Damned Yanky", in season 7, she appeared as Sue on the "Black List" and season 9, she played Sienna on the "Affair Trade."

In 2009, she got the most important role as a shopper with kids in the movie "Paul Blart: Mall Cop and later reappearing on the sequel of the same movie Paul Blart: Mall Cop 2 as Kira. Stephanie also appeared in "Zookeeper" in 2011, where she played the role of Robin.

Stephanie is a married woman. Her husband is Kevin James, who is a famous actor and comedian from the United States. Stephania and Kevin first met on a blind date, later after two years of relationship, the couple finally married on 19, June 2004. 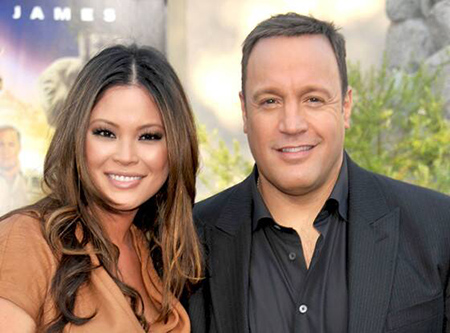 James opened up about parenthood after the arrival of their third child on the Today Show:

"You kinda loosen up with the second child a little bit, which is nice. The first child, I remember they just give it to you at the hospital, you're supposed to put her in the car seat and drive home…I was 10 and two on the wheel in the right lane 30 miles an hour on the highway with the flashers going."

Before settling down, she was in a relationship with Chris Penn. They began dating form 1992 when Steffiana was cast in Pen's movies. They were in a live-in relationship but never got married. After seven years of dating, the boyfriend and girlfriend separated in 1999.

As of June 2019, Stephanie's net worth is estimated to be around $5 million. Whereas, her husband has an estimated net worth of $80 million.

Kevin and his wife used to live in their massive 26,000 square foot mansion in North Ocean Boulevard.

Steffiana and Kevin first met on a blind date. After two years of relationship, they got married. Kevin is an American actor, comedian, screenwriter, voice actor, and producer, who is famous for playing Doug Heffernan on the hit CBS sitcom The King of Queens. The couple has four children.

Sienna-Marie James is the first child of Steffiana and Kevin James.

Shea Joelle James is the second child of Steffiana and Kevin James.

Kannon Valentine James is the third child of Steffiana and Kevin James.

Sistine Sabella James is the fourth child of Steffiana and Kevin James.