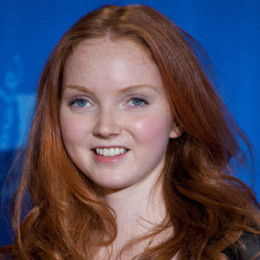 Her father, Daniel Edward "Dan" Aykroyd was nominated for the Academy Award for Best Supporting Actor for his work in the film "Driving Miss Daisy" in 1989. Her father also starred in his own sitcom " Soul Man" from 1997 to 1998. Stella Irene August's mother Dixon co-starred with Tom Hanks in the early 1980s situation comedy "Bosom Buddies". In 1976, her mother was named Miss Virginia USA and Miss Washington D.C. World, in 1977.

Stella Irene August Aykroyd was born on 5th April 1998. She is the daughter of Dan Aykroyd and Donna Dixon. She has two siblings, both sisters named Belle Kingston Aykroyd and Danielle Aykroyd. There is no information on her educational status. Meanwhile, her professional career is yet to begin.

Stella is best known as the daughter of a celebrity couple. Therefore, her dating life is largely at bay. Meanwhile, her parents Donna Dixon and Dan Aykroyd are both actors. They tied the knot on 29th April back in 1983. They dated for over a year before they got engaged. 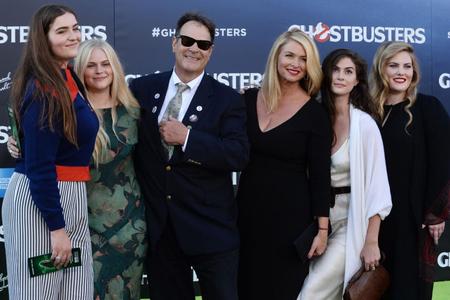 Stella Irene August Aykroyd pictured alongside her father Dan Aykroyd and siblings at a public event. SOURCE: A Style Tips

The couple is often seen hanging out together in public places. They started carrying feelings for each other when they co-starred in the movie Doctor Detroit. Later, they appeared together in movies like Twilight Zone, Spies Like Us, and The Couch Trip.

Stella has two sisters. The eldest one, Danielle Aykroyd was born after six years of their parents' marriage on November 18, 1989. The middle child is Belle Kingston Aykroyd who was born on 9th June 1993. The entire family appears to love spending time in each other's company.

Stella Irene August Aykroyd is the granddaughter of Lorraine Hélène Aykroyd and actor Samuel Peter Aykroyd. She is the Siblings of Danielle Aykroyd and Belle Kingston Aykroyd. Stella's parents, Donna Lynn Dixon and Daniel Edward "Dan" Aykroyd have worked in several movies together.

Stella's father Dan's net worth is estimated to be $200 million. His source of income includes his salary and earnings from his career as an actor. Mr. Aykroys is best known for his roles in films that include Ghostbusters which was a box office hit of $295.2 million, The Blues Brothers, Trading Places, Coneheads, and Nothing but Trouble among others.

Aykroyd's Pacific Island house is reportedly worth $14.5 million. Moreover, Dan's wife and Stella's mother, Donna are estimated to be worth $5 million. As for Mrs. Aykroyd, she is popular for her role in Bosom Buddies, Doctor Detroit, Beverly Hills Madam, and Speed Zone.