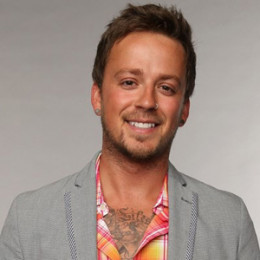 Stephen Barker Liles is an American musician most recognized as the member of the band Love and Theft. He is a married man. He tied the knot with his longtime girlfriend, Jenna Michelle Kennedy.

Stephan Barker Liles was born on January 24, 1984. He hails from Palm Harbor, Florida, United States. He is of Caucasian descent and raised in the Catholic household.

Liles is the founder of an American country music group  Love and Theft along with his friend Eric Gunderson and Brian Bandas. They originally formed the band in 2006. They signed with Carolwood Records and released their first single Runaway that reached the top 10 on Billboard Hot Country Music.

The band released their debut album World Wide Open on August 25, 2009. Their incredible performance raised their demand prominently. Later on, Bandas left the group, and Stephen and Eric continued the band and signed with RCA Nashville in 2011 and soon released their number 1 single Angel Eyes.They also featured during the Taylor Swift tour. In 2016, they collaborated with Curb Records. Their second self-titled album consists of hit songs such as Runnin Out of Air and If You Ever Get Lonely.

Liles is happily married to his long-time girlfriend Jenna Michelle Kennedy. They got engaged on May 28, 2013, and took vows on August 24, 2014.

The couple is proud parents of two children. His wife Jenna gave birth to their first child Jett Barker Liles on December 2, 2013, whereas they welcomed their second child Rayni Bell on 8th June 2017.

The talented singer Stephen earns a lucrative amount from his career. His net worth is possibly more than the six figures

Jenna Michelle Kennedy is the beautiful wife of Stephen Barker Liles. The duo dated for several years before tying the knot.

Jett Barker Liles is the older child and the only son of Stephen Barker Liles from his gorgeous wife Jenna. He was born on 2 December 2013.

Rayni Bell is an adorable daughter of Stephen Barker Liles from his wife Jenna Michelle Kenne.