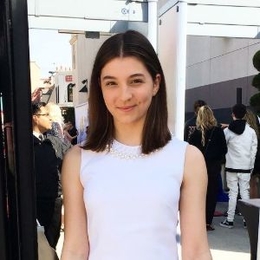 Stephanie Katherine Grant is an up-and-coming American television actress who is best known for her roles in The Goldbergs, Spy, and Criminal Minds. Other than being an actress, she is also an accomplished director and writer. Her directorial works are Kepley, Dominion, and Nine Million Bicycles in Beijing.

Is Stephanie Katherine Grant Dating Anyone? What's Her Relationship Status?

The young and talented Stephanie Katherine Grant has been enjoying her life in the company of her close ones. To people wanting to know about her relationship status, she is not dating anyone and is single right now.

"The Goldbergs" star has never had rumors of having lovey-dovey with anyone in the media till now. Moreover, she has never posted any picture on her Instagram where she hinted at anyone as her boyfriend or in love. 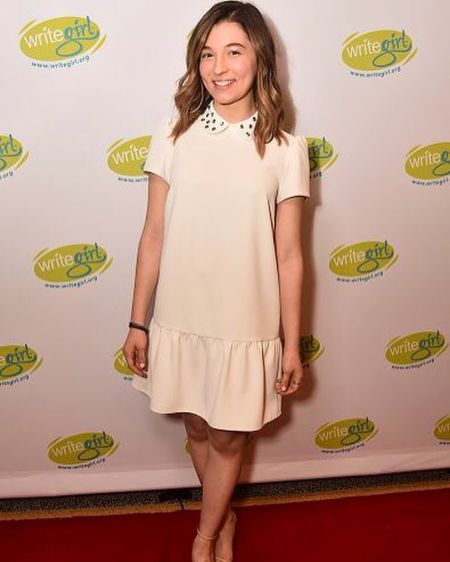 For now, the 21-year-old looks happy being single. She seems focused on her flourishing career and studies. Stephanie splits her time acting and engaging in her other works. She likes to travel and explore various places with her family and friends in her spare time. 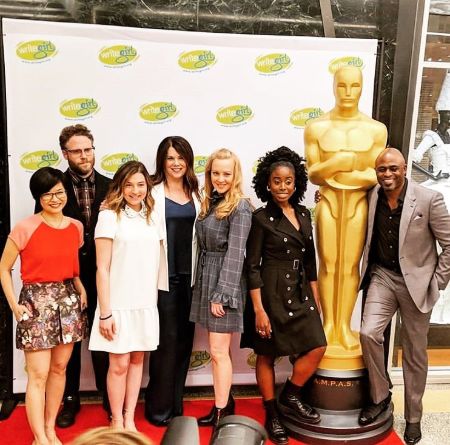 Stephanie Katherine Grant has a net worth of $300,000 from her acting career. She is young and talented, and will surely get opportunities to act in many projects in the future ultimately increasing her fortune.

Typically, an American actor earns $20.18 per hour and can earn as much as $57,937 in a year. The 1.63 meters tall, tall lady is a well-known figure on television and should receive a much higher payroll from her work.

Stephanie Katherine Grant has been acting for six years now, and during this time, she has 13 acting credits. Among the list of her performances, she got her breakthrough as Emmy Mirsky in the American period sitcom "The Goldbergs."

On the television series, she worked alongside Wendi McLendon-Covey, Sean Giambrone, Troy Gentile, Hayley Orrantia, and many others. The starlet has been reprising Emmy in the show since 2014.

Check out the short interview of Stephanie Katherine Grant speaking after receiving an award for her performance in the T.V. Series "The Goldbergs!"

Stephanie directed and wrote short movies in "Dominion" (2016) and "Nine Million Bicycles in Beijing" (2015). In January 2022, Stephanie announced she was working on a project with HarisGrant Productions, and her fans can definitely wait for something exciting to come.

Check out more similar celebrity articles and get the latest News and Biography at Married Wiki!!