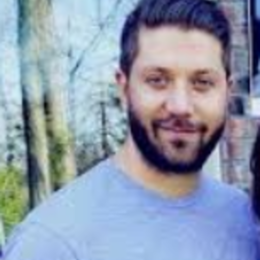 Steve Hawk is famous because of his marriage to American reality show star Mina Starsiak. Starsiak, the HGTV show Good Bones star began her career from the renovation business and later on established a real estate business. Steve is a loving husband and a proud father of son Jack Richard Hawk.

Steve Hawk is happily married to Mina Starsiak since June 11, 2016. Hawk proposed Starsiak in 2014 just two months before the Good Bones pilot episode was filmed. Hawk confessed his feeling getting down on one knee at the Indianapolis Colts' training field. 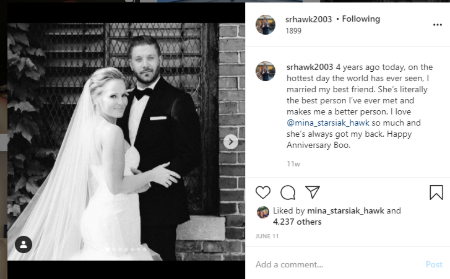 In a lifetime voyage, Hawk and Starsiak became parents to son Jack Richard Hawk. The couple welcomed a baby boy on 9 August 2018. Jack has been the only child in Hawk's family until the pair's baby no. 2 arrives. In March 2020, Starsiak announced she is pregnant with her second child "we are expecting baby no. two in September.

The Rock the Block star opened up about infertility and her struggle to conceive a second child in September 2019. No matter how tumultuous life gets for the home renovation expert, the one constant in her life is husband Steve Hawk. 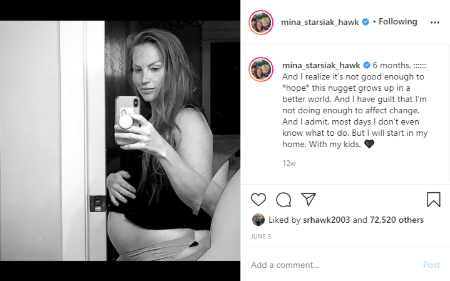 The power couple likes to keep their relationship mostly low key though they don't lag behind showing affection to one another. It's tough too when and where Starsiak met Hawk, but we noticed they connected on Facebook in 2013 after Mina saw him in her mutual friends.

How Did Steve Hawk and Mina Starsiak's Relationship Began?

According to Good Bones star, their first date was a disaster as Steve ignored her all night. Thankfully, the reality star gave him another chance the following night. Mina knew, later on, Steve was the one explaining he's much more sensual than she was. 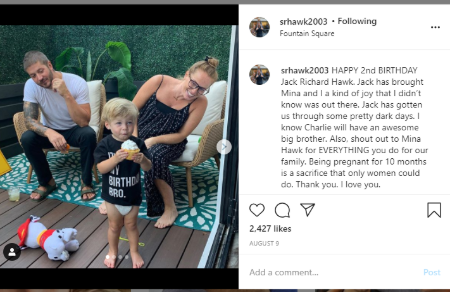 It wasn't all smooth sailing; Mina and her mom Karen Laine had gone through a difficult period during the start of the couple's relationship when the new pair broke up due to Hawk's unspecified bad behavior. Despite all, they made it work with Hawk getting engaged in Two Chicks and a Hammer, Starsiak's home business with Laine.

Even though Hawk is not the part of the household enterprise, he has made a few appearances in the hit HGTV show Good Bones at present. Since 2016, his spouse Mina and Karen Laine have been renovating real estate properties in Indianapolis on HGTV's Good Bones.

The mother-daughter duo achieved the sequence after forming a house renovation enterprise referred to as Two Chick and a Hammer Inc. Mina builds over 20 homes before HGTV Came Calling.

Steve Hawk relishes blissful conjugal life with Mina Starsiak. They tied a knot on 11 June 2016 in Indianapolis in a private ceremony. The lovebirds are a parent to son Jack Richard Hawk.

Jack Richard Hawk is the first child to Steve Hawk and Mina Starsiak. He was born on August 9, 2018. He will soon become an elder brother in September 2020.