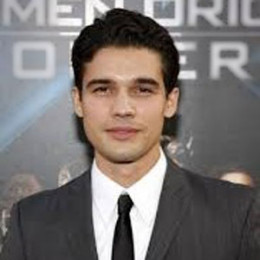 Steven Strait is an American actor and fashion model better known for his role in the movies like 10,000 BC, Sky High, City Island. He has also contributed seven songs for the movie Undiscovered directed by Meiert Avis. He was married to actress Lynn Collins but their marriage lasted for nearly six years and separated in 2013.

Steven Strait was born on 23rd March 1986, in the city of New York, U.S. and belongs to half English and half Italian descent. He is a son of Jean and Richard Dyer Strait and was raised in the small village Greenwich, New York.

He attended Village Community School, Xavier High School. With his interest in acting, Steven took classes at the Stella Adler Studio. During the time, he also worked with Stella Adler Acting Studio and The Black Nexxus Acting Studio in the New York City.

After modeling with few of the magazines, Steven joined the cast of the American crime drama TV series, The Third Watch, created by John Wells and Edward Allen Bernero in the year 2001. The TV series starred Michael Beach, Coby Bell, and Bobby Cannavale in the lead roles.

Following his first audition, he appeared in the American superhero comedy movie, Sky High, directed by Mike Mitchell. The movie is one of the successful hit movies popular among the children and teenagers. He has also sung the covered The Fixx’s song One Thing Leads to Another for the movie.

One of his successful hit movies was 10,000 BC, an American epic adventure movie directed by Roland Emmerich. The movie was a moderate success at the box office which collected $269.8 million worldwide.

The movie is about the prehistoric Earth, where he is seen opposite to actress Camilla Bella portraying the character of a young mammoth hunter who travels through unknown lands on a quest to rescue his people from slavery.

Moreover, he was last seen in the movie Extra Credit and Artur Darks where he played the role of Arthur Darks, in 2016.

Steven married Lynn Collins, on 23rd December 2007, in front of a small crowd, which included their parents and relatives. The husband and wife don't have any children.

Unfortunately, in 2013, they separated and didn’t share the reasons for their divorce. After the divorce, he did not marry any one.

Currently, he is single and enjoying his single life focusing on his acting career.

Steven is one of the successful actors of Hollywood industry who has appeared in the hit movies including 10,000 BC which has grossed $269.8 million worldwide. Though there is no exact figure regarding his net worth, his lavish lifestyle is proof of his good salary.

Strait was married actress Lynn Collins, on 23rd December 2007. She is an American actress famous for her role Kayla Silverfox in the movie X-Men Origins: Wolverine. The pair's marital relationship lasted nearly for six years and divorced in 2013.