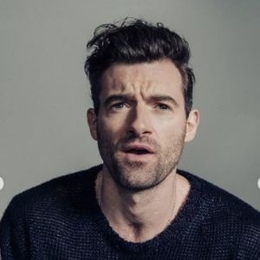 Stuart Martin is an actor widely recognized for his work on Miss Scarlet & the Duke and Army of Thieves. He got his big break with a lead role in the award-winning political family drama Medici playing Lorenzo.

Stuart Martin and his girlfriend turned wife Lisa McGrillis made it official in a private ceremony on July 26, 2015. They first encountered at the National Theatre Bar during a Christmas party. Since then, Stuart & Lisa have been madly in love and inseparable. 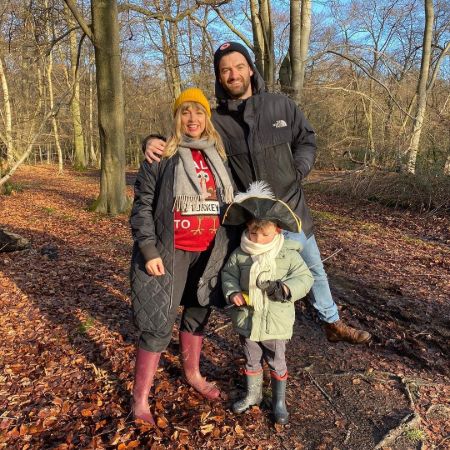 Further, not a single rumor of Stuart and Lisa getting a divorce or having an extramarital affair is heard. The couple has truly inspired many to never give up on love and marriage. So far, Stuart's married life is full of joy, and the duo feels no hesitation in flaunting each other on social media.

The Army of Thieves actor and his wife are also blessed with a child. The pair welcomed a baby son named Joshy Martin. Well, Stuart's fans are happy for the pair and wish them a lifetime of happiness in their marital life. The perfect family of three lives happily in East London.

Stuart Martin had his first acting role as Christian in the 2008 short film Maxim. Ever since, Stuart played in several other films like Callum in Slow West, Colin in A Song for Jenny, and Messenger in Robinhood.

Alongside Paul Rattray and Burn Gorman, Stuart worked as Lannister solider in HBO hit series 2014 episode of Game of Thrones. With over 40 acting credits, Martin is still an active participant in the creative entertainment industry.

The 1.88m tall actor appeared in Army of Thieves in the lead role as Brad Cage. He teamed up with the Game of Thrones stars Nathalie Emmanuel and Ruby O. Fee in the movie. His estimated bagged net worth as of 2021 is $1.5 million. 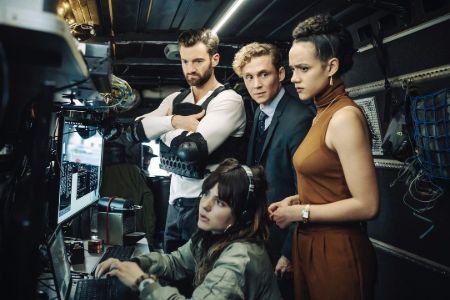 Stuart Martin with the star cast of Army of Thieves. SOURCE: Instagram(stuart_martin_)

Stuart Martin and his girlfriend turned wife Lisa McGrillis walked down the aisle in a private ceremony on July 26, 2015.

Joshy Martin is the adorable son of Stuart Martin and Lisa McGrillis.