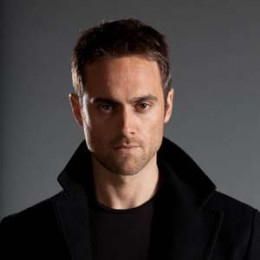 Stuart Townsend, an Irish actor and director, is currently single. He was previously dating Charlize Theron, an American actress. He was born to mother Lorna Hogan, an Irish model, and father Peter Townsend, an English professional golfer. When he was in Gaiety School of Acting, he played his first acting role in "Tear Up The Black Sail". Stuart played his first major big screen role in 1997 from the movie Shooting Fish.

Stuart Townsend is possibly single at the moment. Previously, he married twice. He first tied the knot to Charlize Theron in 2001 and later divorced in 2010.

Then, Townsend married Agatha Araya in 2013 and divorced in 2018. The couple shared two children.

Stuart Townsend holds an estimated net worth of $5 million.

Stuart Townsend has made three movies named, Charlize Theron: Trapped, Head in the Clouds, and Æon Flux as a director.