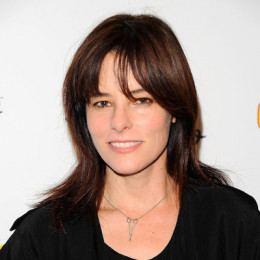 She is an American actress who is known by the nickname of "Missy" or "Queen of the Indies". She rose into fame in the 1990s decade. She made her debut from the day time soap opera As the World Turns as Tess Shelby. She was born to the chef mother Lynda Patton and her father Chris Posey was an owner of a car dealership. She has a twin brother named Christophe Posey. She had attended State University of York studying drama. She is the winner of Excellence in Acting Award.

Parker Posey was born as Parker Christian Posey on November 8, 1968, in Baltimore, Maryland. Though she was born in Mayland, she was raised in Mississippi along with her twin brothers, Christopher as a Catholic.

She is the only daughter of her parents. Her father, Chris Posey was an owner of the local Chevrolet dealership and her mother was a chef.

Posey joined the State University of New York at Purchase and studied drama. She also roomed with actresses Sherry Stringfield and Orlagh Cassidy.

Parker started her acting career in 1991 through daytime soap opera As the World Turns where she portrayed the role of Tess Shelby. After that, she appeared in many series and movies but she went unnoticed.

Later in 1993, she got her first major role in  Dazed and Confused along with Ben Affleck, Matthew McConaughey. The movie was one of the most loved movies of the time and identified as a cult classic.

Her outstanding acting in Sleep with Me and Party Girl helped her to gain public attention. Subsequently, she was offered with 20 movies. Besides acting, she was actively involved in singing too. She made her first stage debut in 2001.

The 48 years old actress is possibly single. However, once she rumored to have a romantic relationship with actor/ musician Keanu Reeves as they often spotted together. Even they shared their pictures on their social networking sites but officially they never talked about this topic.

During her preliminary career, she was linked up with American TV host and comedian Jimmy Fallon.  Later she had relationships with celebrities like producer-director Bob Gosse, Zach Leary, actors Stuart Townsend, and the musician, Ryan Adams.

Posey has done amazingly great over her career and won many hearts. But besides that, she has succeeded to establish herself as a richest actress with 10 million dollars.