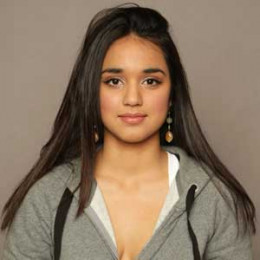 Summer Yasmine Bishil is a beautiful and talented American actress, recognized from the Syfy fantasy drama series The Magicians for her role as Margo Hanson. Bishil is one of the youngest actors in Hollywood. She won Young Hollywood Awards and also was nominated for Independent Spirit Awards.

Bishil summer was born on July 7, 1988, in Pasadena, California, as the youngest daughter of a European American mother and Saudi Arabian father.

Her family moved to the United States after 9/11. Summer then enrolled in a public high school. During that time she was teased by her classmates. She was called a whore and told her father funded terrorism.

The return was not easy for Bishil and see even suffered a panic attack. Later the family moved to Arcadia, where her mother homeschooled her. Then after Summer joined Citrus College in California.

Summer debuted on television with her role in Nickelodeon show, Just for Kids. In 2006,  she landed a lead role in Alan Ball's film Towelhead.

In 2009, Bishil featured alongside Harrison Ford, Ray Liotta, and Ashley Judd in the movie, Crossing Over. In 2013 Bishil was cast as the main character in short-lived ABC  drama Lucky 7.

After a year, Bishil was cast in the role of Margo Hanson in the Syfy drama series The Magicians. For her role in Towelhead, she won the Young Hollywood Award in 2008.

Summer Bishil is possibly single at the moment. She is quite secretive about her personal life especially when it comes about her dating life and love affairs.

Margo isn’t going down without a fight and a touch of glamour. Thank you @magaliguidasci for being the genius you are #themagicians

She is hardworking and ambitious which might be the reason, her first priority is her work and career. Bishil has more than 109k+ followers on Instagram.

Summer's net worth is still behind the curtain. She has featured in a hits television show like The Magicians from which she must have probably earned a good amount of salary.

Height: She stands at a height of 5 ft 3 inches tall.