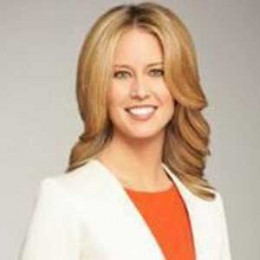 An Emmy Award-winning, Journalist, Sunlen Serfaty is currently working for CNN as a national correspondent and covering national news, breaking news, and Washington political news as well. She used to work as a U.S Senate in ABC News. Sunlen covered 2008 Barack Obama's presidential campaign and 2016 presidential election too. She has writing and production experience, with specific expertise in political campaigns and White House reporting.

When Serfaty was in college, she used to utilize her weekends holidays by serving as a local general assignment reporter.

Likewise, she also worked as a Senate reporter for ABC News and covered 2008 Barack Obama's presidential campaign. Her brilliant work broadcasted in the network's overnight show, World News Now and also on the network's news website.

After some years, she shifted from ABC to CNN news. She started working as a national correspondent for CNN based in Washington D.C. She covered national news, breaking news and also the politics of Washington.

Furthermore, she covered the 2016 presidential election and reported from all across the country. She is still working on CNN news and has won various prestigious awards.

The great journalist, Sunlen Serfaty married her longtime boyfriend, Alexis Leigh Serfaty on 3rd August 2013 in Rose Park, Georgetown. Her husband is a policy advisor at the United States Department of Transportation, the office of secretary.

The couple first met in August 2006 in Rose Park, Georgetown and introduced each other from their mutual friends. And after many conversations, they went for their first official date. And from that day they started dating each other and were happy with each other.

After years of dating, they finally tied the knot in the same place where they first met, Rose Park, Georgetown. The couple seems very happy with each other and shares a strong bond.

In May 2017, the couple welcomed their first baby girl. The information of the child is not revealed yet to the media.

Moreover, she is active on Twitter and has 16.7k followers.

Sunlen might have an estimated net worth in million as she is the national correspondent working for CNN. She might earn much from the news covering and broadcasting.

In May 2017, the couple welcomed their first baby girl. The information of the child is not revealed yet to the media.