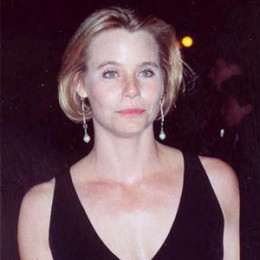 Susan Dey, one of the famous American model plus actress used her mother's maiden name as her profession name. Susan mostly acts in the television programs. She is popularly known for her works in The Partridge Family for the role of Laurie Partridge and also in NBC drama series for the role of Grace Van Owen. Susan is now living with her husband Bernard Sofronski.

Susan Dey was born on 10 December 1952 in Pekin, Illinois, the United States with the birth name, Susan Hallock Dey. She is the daughter of Gail Dey(nurse) and Robert Smith (newspaper editor). When she was eight, her mother died of pneumonia in 1961. After the demise of her mother, she lived with her father, Robert Smith and younger sister, Leslie Smith.

Talking about her education background, Susan finished her schooling from Columbus Elementary School in Thornwood, New York. Later Susan moved to Bedford along with her family and graduated from Fox Lane High School in 1970.

From an early age, Susan took ahead in her career working as a model. From 1970-1974 she played the role of Laurie Partridge in The Partridge Family.

In 1977 Dey returned to the television network and worked as a co-star in a comedy series, Love me or Love me not. In the same year, she did many TV films like- Mary Jane Harper Cried Last Night with the role of a disturbing mother separated from her husband and a romantic film named, First Love.

During the 80s she was nominated for various awards. In 1992 she started hosting the show, Saturday Night Live. Latterly, after her replacement, she then produced and starred in ABC movie of the week Lies and Lullabies with the role of a pregnant cocaine addict.

Talking about her awards, she earned a Golden Globe Award as Actress in a Leading Role for Drama Series in 1988 for L.A Law. Susan was nominated in each of the following four years as well. Dey was also in the nomination of Emmy Award for Outstanding Lead Actress in the same Drama Series in 1987, 1988 and 1989.

Leonard "Lenny" Hirshan was Susan's first husband and together they have a daughter Sarah Hirshan born in 1978. They got married in 1976 and divorced in 1981.

Later on, Susan got married to second husband Bernard Sofronski in 1988. Bernard is the father of two children from her ex-wife Myra Phyllis Tamarkin. They are still together happily married.

Previously, she revealed that she had romantic feelings for co-star David Cassidy while working on The Partridge Family.

Susan, the talented lady, has a net worth of $10 million. She collected her assets from her acting career.

Dey is also a board member of the Rape Treatment Centre at UCLA Medical Center.

Lenny Hirshan and Susan Dey got married in 1976. The couple has a daughter Sarah Hirshan. Unfortunately, they separated in the year 1981

Bernard Sofronski and Susan Dey got married in 1988. Bernard has two children from her ex-wife Myra Phyllis Tamarkin.

Sarah is the daughter from Susan Dey and her ex-husband Lenny Hirshan born in 1978.