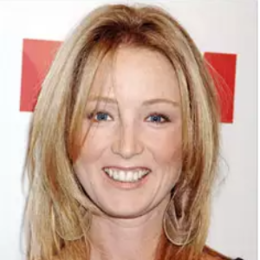 Susan Haskell is a Canadian actress best known for the role of Marty Saybrooke on the ABC hit soap opera One Life to Life. She has been in the entertainment field since 1991.

Susan Haskell is Married to Her Husband, Thorsten Kaye

Susan Haskell met her partner Thorsten Kaye while he was shooting for One life to Live. In the soap series, the blonde beauty played Margaret "Marty" Saybrooke," the love interest of Thorsten.

It seems like the Toronto, Ontario-based actress moved in with the love of her life in the early 2000s. The love birds have allegedly been dating since 1996. However, the duo has never been married, and they seem to have no hurry for marriage. 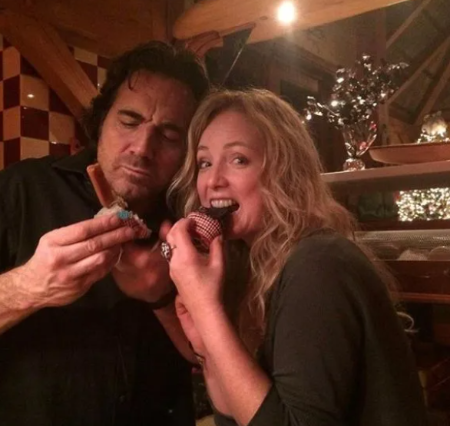 Thorsten Kaye lives with his wife Susan Haskell in the U.S. SOURCE: Instagram

However, Susan has been living a good life with her baby's daddy for nearly two decades. The celebrity couple showcases their amazing bonding on their social media.

On April 28, 2006, the Daytime Emmy Award-winning actress attended the Emmy party with Mr. Kaye in Hollywood, California. In late 2011, One life to Live casts was spotted at the Quad Cinema in New York City. In March 2017, the actor made an appearance with his younger daughter Marlowe Marann Kaye on 18 March 2017 in Los Angeles.

The Canadian actress is a proud mother to two beautiful daughters, Marlowe Marann Kaye (born in 2007) and McKenna Kaye (born in 2003). Susan's second child, Marlowe, attended the Bold and the Beautiful's 30th Anniversary Party at Clifton's Downtown in March 2017. 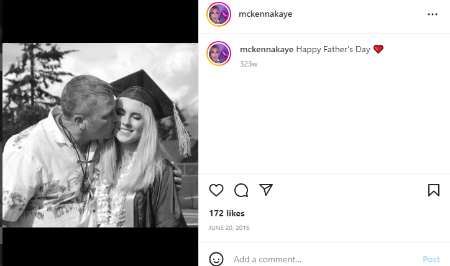 Haskell's elder daughter McKenna owns "LUXE BEAUTY," a makeup studio. Especially, McKenna has over four years of experience in making eyelashes. She is a licensed esthetician with 2085 followers on Instagram.

Mr. Thorsten Kaye is a German-British actor who stepped into the entertainment industry in 1991, making his debut in Nothing Lasts Forever. He is best known for his roles in One Life to Live, Port Charles, All My Children, and The Bold and the Beautiful.

Born and raised in Frankfurt, Federal Republic of Germany, Thorsten has performed in miniseries such as Nothing Lasts Forever before moving to New York to star in One Life to Live. In the mid-2000, Kaye landed the role of the devoted physician Ian Thornhart on the ABC daytime soap Port Charles. 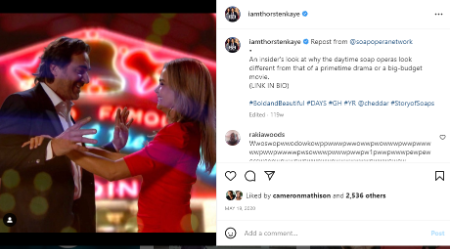 Thorsten Kaye stars in The Bold and the Beautiful with Katherine Kelly. SOURCE: Instagram

In 2003, Thorsten received two Daytime Emmy Award Nominations for outstanding lead actor for landing the character of Ian. In 2004, Mr. Kaye retired from New York to land a role in ABC soap All My Children as casino owner opposite Tim Ahern.

More than that, the father of two played the lead role in the psychological thriller Occupant, released in Canada and the United States.

Susan Haskell has a staggering net worth of $2 million as of 2022. As an experienced and versatile actress, she makes hundreds of dollars for signing a movie or series. Apart from acting, Haskell receives a decent payroll from modeling as well.

Check out the clip of Susan Hallen's husband Thorsten Kaye with his co-star, Katherine Kelly Lang, talking about their work in The Bold & The Beautiful!

Haskell started modeling at the young age of sixteen. Since then, she has appeared in numerous television commercials and magazines while still in high school. Later, Susan decided to pursue a career in Hollywood.

Likewise, Mr. Thorsten Kaye possesses a net worth of $4 million. The 6 feet 1-inch tall bags a massive amount from his successful acting and writing career.

Haskell flaunts an appealing physical appearance, with a height of 5 feet 7 inches and weighs 56 kg. Susan has a slim hourglass-shaped body measuring 32-22-33 inches.

The Ontario-born actress maintains to stay slim and healthy at Age fifty-four. She does yoga and exercises to keep fit. Susan has curly blonde hair and a pair of blue eyes.

Kaye joined Twitter in October 2016, and today he has been able to live in the hearts of thousands for popularity on social media.

Susan Haskell was born on June 10, 1968, making him 54. She holds an American nationality and belongs to white ethnicity. The blonde haired attended The American Academy of Dramatic Arts in 1991.

Kaye grew up with her working-class parents in Toronto, Ontario, Canada. After graduation, Susan moved to the United States at a young age to pursue an acting career.

Thorsten Kaye has been living with actress Susan Haskell for the past two decades. They share two grown daughters.

McKenna Kaye is the first child of Thorsten Kaye and Susan Haskell. McKenna was born on February 7, 2003.

Marlowe Kaye is the second child of Thorsten Kaye and Susan Haskell. She was born on January 28, 2007.