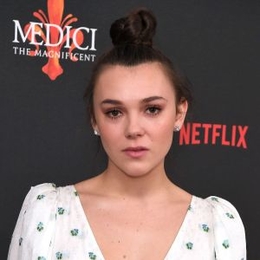 Charming and elegant Synnove Karlsen is a relatively new face on the television world taking her first step a couple of years ago. But in this short time, the Irish celeb has managed to stamp her name among the viewers with her impressive acting skills through her performance. Fans know her through the series Medici and Clique.

Is Synnove Karlsen in a Relationship? Who is Her Beloved?

Synnove Karlsen is in romantic chemistry with her boyfriend right now. However, she has been keeping the details regarding the name, and when she began dating with her lover is under wraps. 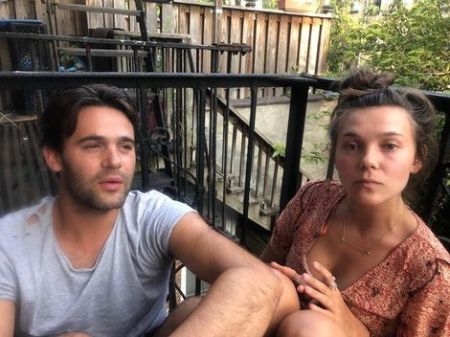 Synnove Karlsen is in an intimate relationship with her boyfriend, whose name is not revealed. SOURCE: Synnove Karlsen's Instagram (@synnkarlsen)

The 25-year-old is not shy of flaunting her love to the public and often shares pictures with her beau on her social media. The couple seems to be relishing her love life and enjoying life to the best they can. Just a day ago, the "Medici" star wished her boyfriend on his birthday and uploaded a couple of images of him and wrote: "Happy Birthday pretty kitty. Love u x." 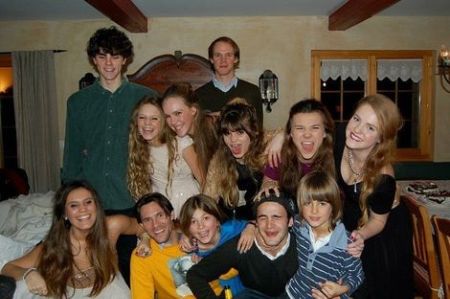 Usually busy with her works, she likes to spend quality time with her family, friends, and close ones. With a flourishing career surrounded by supportive and loving people, it might be right to say Synnove is having the best days of her life.

Among her acting credits so far, she is most known for her series "Clique," where she portrayed the main character of Holly McStay. In the British thriller series, she shared the screen alongside Rachel Hurd-Wood, Sophia Brown, Ella-Rae Smith, and many others.

Check out the clip of Synnove Karlsen as Holly McStay in the T.V. series "Clique"!

Another series by which viewers recognize Synnove is in the Italian-British historical drama "Medici." She played the role of Clarice Orsini and works with Richard Madden, Stuart Martin, Annabel Scholey, Alessandro Sperduti, Lex Sharpnel, Daniel Caltagirone, and many others.

Synnove appeared in the show since 2nd season. The show airs on Netflix in over 190 countries.