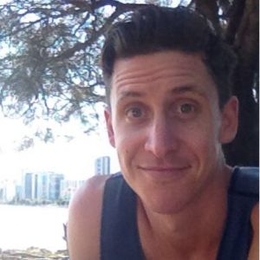 T.J Power is a prominent Australian actor, screenwriter & director from Sydney, Australia. Besides, he gained fame after being nominated for the 2014 AACTA Award for Best Actor in a Supporting Role in The Little Death.

Australian actor T.J Power is a blissfully married man. T.J walked down the aisle with his girlfriend turned wife, Kathryn Power in 2014. TJ and Kathy are now by each other's side for many years. The lovebirds first met in 2006 at Perth's acclaimed Western Australian Academy of Performing Arts. 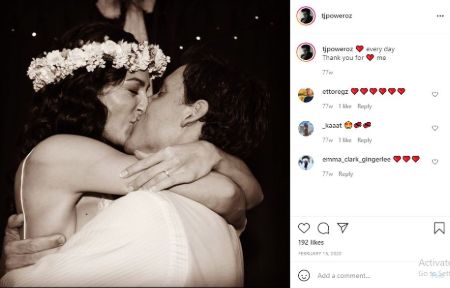 T.J Power tied the knot with his wife, Kathryn Power, in 2014. SOURCE: Instagram(tjpoweroz)

Later, TJ & Kathryn became just friends for some time. Then, they became best mates while sharing a lot of common interests. After the two hung out as pals for a year, the relationship eventually began to develop. The actor's love for Kathryn became inseparable and decided to take the romance to the next step with marriage.

After years of living together, T.J and Kathryn finally exchanged vows in 2014. The wedding ceremony took place in the presence of close family members and friend guests in Leeton.

In March 2018, Kathryn also showcased her baby bump and welcomed a second child, a son Banjo Power the same year. T.J Power and his wife are now parents to two sons Lulu Power and Banjo Power.

T.J Power started his career after graduating from the acting course at WAAPA. Then, Power starred alongside Academy Award recipient Julia Roberts and Javier Bardem in Eat, Pray Love which boosted his popularity. T.J also appeared with Chris O'Dowd in the 2012 musical drama film The Sapphires.

Check out the video of T.J Power starred in the film Eat, Pray Love below.

Needless to say, T.J also appeared on TV shows like TNT's Major Crime, Channel Ten hit series Offspring, Seven Network's Molly, and CBS's Criminal Minds. Talking about his T.J's directorial career, T.J made his official debut in 2017 with the drama-comedy, Your Call is Important to Us. Coming to the net worth of the talented actor, T.J accumulated almost $3 million.

Currently, T.J seems to be busy developing feature scripts & short-form films. Besides, T.J's partner Kathryn earns good fortune working as Preschool Current Series Coordinator at the Dreamworks Animation Television. She gets to make a cartoon for a living in an amazingly creative place. Right now, the family relishes a lavish life and resides in Los Angeles. 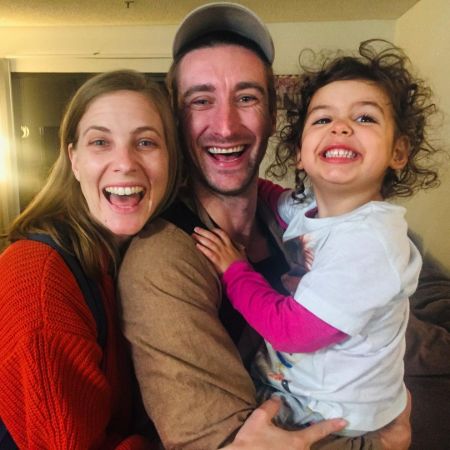 T.J Power is a married man. He walked down the aisle with his wife, Kathryn Power, in 2014.

Lulu Power is the first child of T.J Power and his wife, Kathryn Power, born in 2015.

Banjo Power is the second son of T.J Power and Kathryn Power.