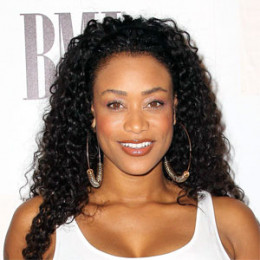 American actress, Tamisha Akbar aka Tami Roman is best known as one of the five cast members in the VH1 reality series, Basketball Wives. She is a television personality, businesswoman, and model as well. She rose to fame after appearing on The Real: Los Angeles, the second season of MTV's long-running television series, The Real World.

Tami Roman was born on 17 April 1970, in Mount Vernon, New York, USA. She is American belonging to the mixed ethnicity. She was born to her Afro-American mother Nadine Buford and Puerto Rican father. Her mother remarried Ali Akhbar, Indian lyricist, and film director.

Roman's childhood changed due to her mother's remarriage. Ali Akbar, who is a devout Muslim, taught her the importance of higher education, strong family values, and spiritual foundation.

Roman's mother could not last her relationship with Akhbar and divorced. At the same time, her mother was terminated from her job. However, the mother and daughter stood strong and faced every obstacle together.

Roman, even missed her prom and didn't participate in her graduation ceremony because she couldn't afford her gown cap. Every problem helped Roman and her mother to be more independent and strong.

Tami Roman started her career in 1993. She appeared in the second season of MTV's popular reality series, The Real World titled The Real World: Los Angeles in 1993. The series turned out to be a very successful and she earned popularity working in the series. She was the first and the most known to have an abortion on reality television show.

Roman became more famous after her appearance as the dealer on the 2001 revival of Card Sharks. She has worked in other television shows, including an episode of television series, One on One.

Moreover, Roman has also owned a consignment boutique and spearheaded an interior decorating firm in partnership with her mother.

Roman Tami is currently dating Reggie Youngblood, former NFL prospect who later turned out to be a reality television personality. Her boyfriend, Reggie has made his appearance on the Wetv show, Marriage Boot Camp: Reality Star.

The couple began dating since 2014. On 22 June 2015, she announced that she was expecting her third child with her boyfriend, Reggie. She disclosed that she was 6 weeks pregnant during an event, Love & Hip Hop Atlanta After Party Live.

Previously, Roman was married to NBA BAsketball player, Kenny Anderson on 26 August 1994. The ex-couple shared two children together Lyric Channel Anderson(born on 30 September 1994), and Jazz Anderson(born on 29 June 1996). They separated in 2001.

Tami Roman earns a considerable amount of money from her career as a businesswoman, actress, and her company.

Roman also earned from her appearance in the reality television show, Basketball Wives. The show paid her $400,000 per season. As of 2017, Roman's total net worth is estimated to be $500,000.

Tami Roman was previously married to Kenny Anderson. The couple also shares two children together. Both of the child stays with her mother.

She is the first child of Kenny Anderson and Roman.

She is the second child of Kenny Anderson and Roman.