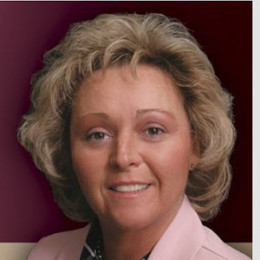 Terry Bradshaw, first quarterback to win three and four Super Bowls is a former American football quarterback who played for the Pittsburgh Steelers in the National Football League. He is son of William "Bill" Marvin Bradshaw and mother former Novis Gay. In 1984, Bradshaw signed a television contract with CBS to become an NFL game analyst where he and play-by-play announcer Verne Lundquist had the top rated programs. Bradshaw has co-written five books and recorded six albums of country/western and gospel music.

Terry Bradshaw’s wife Melissa Babish, Jojo Starbuck and Carla Hopkins were three beautiful and bright women. But, all three of Bradshaw’s marriages have ended in divorce, a subject he mocks frequently on his pre-game show.

Bradshaw was married for the fourth time, on July 8, 2014, to Tammy, his girlfriend of fifteen years. Finally, his fourth marriage seems to last longer and it has indicated that he has finally found his soulmate.

Previously known as Tameria Alice Luttrull. She was married to David Luttrull in 1983 but they separated with a divorce in 1998.

Tammy's husband Terry amassed a net worth of about $15 million as of 2019.

Tammy was born in October 1961. Details about her parents and siblings, she keeps to herself.

Former Miss Teenage America of 1969, Melissa Babish was Bradshaw’s first wife. Their marriage ended with in a span of one year.

His second wife, Jojo Starbuck, is an international pro figure skater. Her well know face is also the face of Cup of Noodles, when she introduced ramen to millions of Americans for the first time.

Bradshaw’s third marriage was to prominent family attorney, Charla Hopkins. She is also the mother of his attractive two daughters.

Bradshaw was married for the fourth time, on July 8, 2014, to Tammy, his girlfriend of fifteen years.