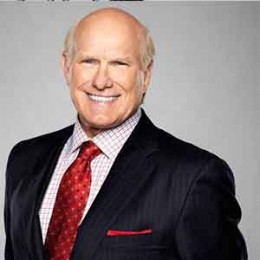 Terry Bradshaw is a former American football player who played for Pittsburgh Steelers as a quarterback and also won four Super Bowl Championship. Currently, he is a TV sports analyst and co-host of Fox NFL Sunday since 1994.

The veteran American footballer, Terry Bradshaw is a married man for five years now. Even though he married four times in his life, recently on July 8, 2014. Terry tied the knot with Tamy Bradshaw. 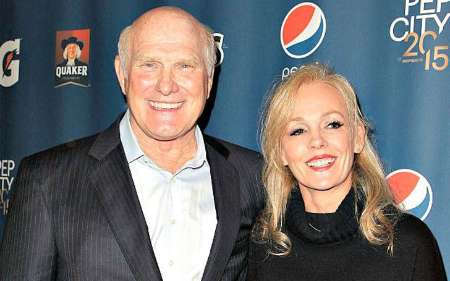 Initially, the newlywed couple lived a blissfully married relationship. However, there are no signs from the pair regarding any children. Well, maybe it's too late for them.

Back in 1999, Terry met his wife Tamy and with some time spent together, the lovebirds fell in love. Well, now successfully with a dating relationship the duo turned from partner to husband and wife.

As of now, the duo lives peaceful married relationship with each other. Neither, there are any dating rumors and controversies, nor they share any extra-marital relationship. We just wish a happy future endeavor to the loving couple.

Terry Bradshaw is quite a man of ladies, whose name often came back then as a footballer. Well, before he got hitched to his wife Tamy, Terry remained in a married relationship previously. 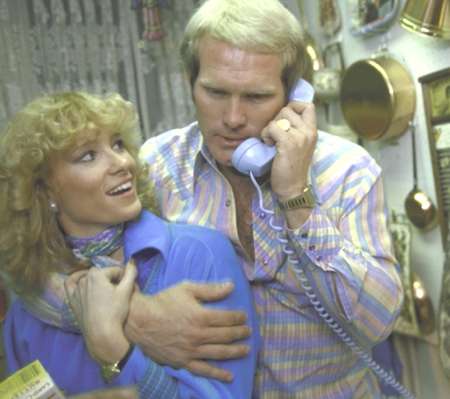 Terry Bradshaw and his ex-wife.

Firstly, he married Melissa Babich, the Miss Teen America 1969 on February 11, 1972. unfortunately, the pair parted their ways after their divorce. After a year of their marriage, they got divorced in 1973.

Also, Read: Ashley Harlan Married her Boyfriend, NFL quarterback in 2011 and shares Three Children with him: See their Marriage Life

Following year, Terry tied the knot with his second wife Jojo Starbuck in 1976. Like his previous relationship, his beautiful nine years relationship end in 1983. Sadly, the duo didn't share any child.

Crucially, Terry walked down the aisle with Charlotte Hopkins in 1984. Together they welcomed two of their children; Rachel Bradshaw, and Erin Bradshaw.

Terry Bradshaw On What He Looks For In A Woman!

Nevertheless, his longest relationship of all time didn't last after 15 years of their marriage. The couple couldn’t maintain their married life to move any further and broke up in 1999.

Terry Bradshaw' Wiki-Bio; His Height, Net Worth, and College

Terry Bradshaw was born on September 2, 1948, in Shreveport, Louisiana, the United States. He is the son of William Marvin Bradshaw and Novis Bradshaw. In addition, Terry grew up with his two brothers Gary Bradshaw and Craig Bradshaw. 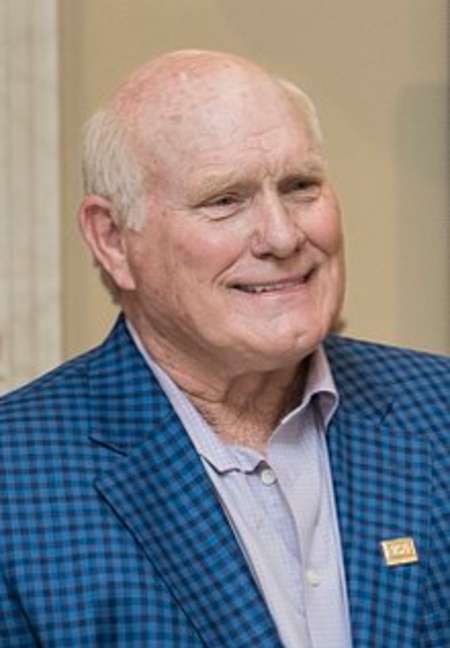 During his childhood, he showed a keen interest in football which set his future path of becoming a player. He began to play football from a very early age.

Furthermore, Terry attended Shreveport Woodlawn high school where he played football. Later he began to play college football at Louisiana Tech University in 1970. Additionally, he got inducted in the Pro Football Hall of Fame in 1989.

Well, the former 70 years old footballer made a fortune out of his career. As of 2019, Terry Bradshaw's estimated net worth is $15 million. In addition, the former American footballer stands 6 ft 3 inch weighing 99 kg.

Firstly, Terry Bradshaw married Melissa Babish, the Miss Teen America 1969 on February 11, 1972. The couple after a year of their marriage got divorced in 1973.

Following the divorce with Melissa, Terry Bradshaw married Jojo Starbuck in 1976 but their relationship ended in 1983.

Later in 1983, Terry married to family attorney Charlotte Hopkins, who is the mother of his two daughters, Rachel and Erin, from 1983-1999.

Well, now Terry is a married man for five years. He married to Tammy Bradshaw on July 8, 2014.

The American Footballer shared two children with his ex-wife Charlotte Hopkins. One of them is Rachel Bradshaw born on 13th of May, 1987 in Dallas, Texas, USA.

The American Footballer shared two children with his ex-wife Charlotte Hopkins. Another one is Erin Bradshaw