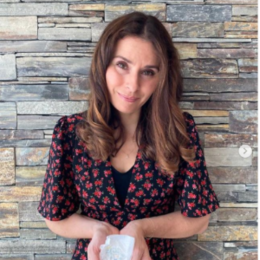 Tana Ramsay is a British television personality and author of several cookery books. However, she is widely popular as the wife of the world-famous celebrity chef and tv personality, Gordon Ramsay. With no further ado, let's find out how blissful their married life is.

Tana (Cayetana) Ramsay is happily married to her long-term boyfriend turned husband Gordon Ramsay. The blessed pair tied the knot on 12 December 1996. Also, at the time of their early relationship, Tana was working as a Montessori-based school teacher. 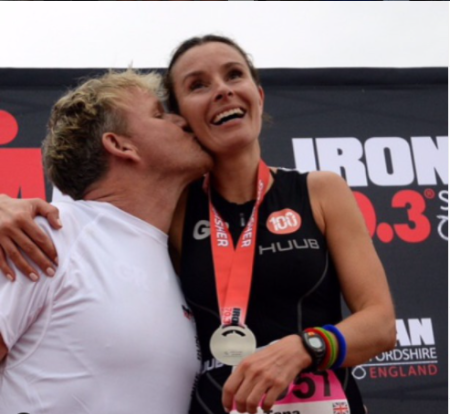 Tana and Gordon met back in 1992 when Tana was 18 while her future partner was almost twice her age at 26. But, the Hell Kitchen host really adored her when he first saw her. But, according to Bustle, there was a twist in the story. Why?

Apparently, Tana was dating another British chef named Tim when she met Gordon. To make things even worse, both Ramsay and Tana's ex were friends. And, as Tana and Tim split, Ramsay got his chance to hit on his future wife.

Regardless of all, fate finally brought Tana and Gordon together even though things were not smooth since the chef's busy schedule of 16 hours a day in the kitchen made their relationship hard.

But, fast forward today, Tana and Ramsay are happily married while sparing their time between Wandsworth Common, London, and Los Angeles, U.S.

Does Tana Ramsay Have Children?

Tana Ramsay is a biological mother to five beautiful children. The broadcaster and her restaurateur husband only welcomed their fifth child, Oscar James Ramsay, in April 2019. Before Oscar, Tana miscarried her five months baby Rocky in 2016. 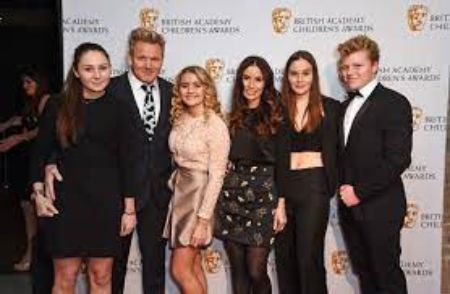 Tana Ramsay is a mom to five children. SOURCE: Delish

Their youngest daughter Matilda was born in 2001 while the youngest son was born in 2019. Among them, Jack Scott and Megan, who turned 20 in 2020, are twins.

What is Tana Ramsay's Net Worth?

Tana Ramsay had been a school teacher before she settled down with her beloved husband, Gordon Ramsay. And, being the wife of a world-famous celebrity chef, she also made a few appearances on MasterChef and Market Kitchen shows. Not to mention, she starred as a contestant on Dancing on Ice in 2010 but could not make it till the final.

Later on, the iconic beauty served as a presenter at UKTV's food show Market Kitchen. Likewise, in 2014, she made a guest appearance as a judge on her husband's "MasterChef" show. Apart from that, Tana and Gordon both have become ambassadors for Cornwall Air Ambulance since August 2020.

Although Tana's net worth and wealth details are kept under the vest, her husband holds a net worth of $220 million. The couple owns several properties in the UK and the States.

Oscar James Ramsay was born on 13 April 2019. He is the only child of Tana Ramsay with Gordon Ramsay,

Megan Ramsay is the first child of Cayetana Elizabeth Ramsay and her husband Gordon Ramsay. She was born in 1998.

Hollyw Ramsay is the second child of Cayetana Elizabeth Ramsay and her husband Gordon Ramsay. She was born in 1999.

Jack Ramsay, twin brother of Holly is the third child of Cayetana Elizabeth Ramsay and her husband Gordon Ramsay. he has four siblings,

Matilda Ramsay is the fourth child of Gordon Ramsay and Tana Ramsay. She was born in 2001 and has four siblings.