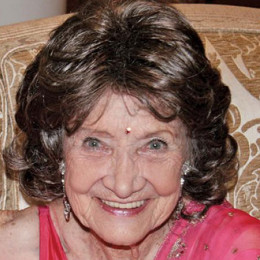 There is a saying "Age is just a number" truly well said and probably no one is more suited to those words than Tao Porchon-Lynch. Ageless spirit Tao is a yogi, competitive dancer and an oenophile. At the age which most people don't get to live and some barely manage to live, Tao, born 100 years ago is still a world class yoga instructor and a competitive ballroom dancer. She is truly the epitome of strength and health.

Tao Porchon-Lynch, worlds oldest yoga teacher died at age 101 on February 2020 in White Plains, New York without pain. Tao is widely acclaimed as the one who marched with both Martin Luther King and Mahatma Gandhi

Prior to her demise, Lynch taught a weekly class in New York, and also led programs across the country. According to usatoday, Porchon Lynch never missed teaching her students at the Fred Astaire Studio until she turned 101.

She learned ballroom dancing at age 87, and won over 750 first-place award as a competitive dancer. At 96, she displayed on NBC's American's Got Talent, winning a standing oviation from the show's judges.

Being the author, she wrote two bestselling books, including her audtobiography-Dancing Light: The Spiritual Side of being Through the Eyes of a Modern Yoga Master. It won her a 2016 IPPY Award and thre 2016 International Book Awards as well.

In the front matter endorsement, Deepak Chopra said, Lynch was one of the most acclaimed yoga teachers of our century. She's the mentor for him who embodies the spirit of yoga.

The French-Indian yoga master achieved the India's highly prestigious award Padma Shri in 2019 for her excellent contribution in the field of yoga. Walking into her personal life, she never had any children with late.husband Bill Lynch who passed away in 1982.

Tao Porchon-Lynch is living a single life at the present time. Though she was once a married woman and was in a matrimonial relationship for quite a long time.

The yoga instructor tied the knot with Bill Lynch, an insurance salesman in 1962 and lived a normal nuptial life like any other couple. Together, the couple founded the American Wine Society.

The duo enjoyed a happy life together for about twenty years, unfortunately, it came to a sad end after her life partner passed away in 1982. 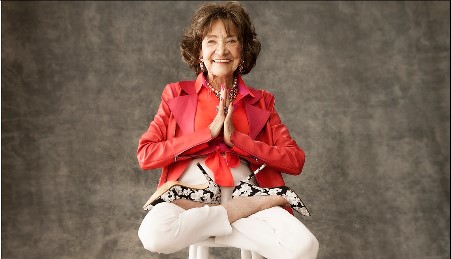 Though her spouse died Tao did not re-marry instead she decided to live solo for the rest of her life.

In spite of her huge fame and popularity, Lynch is not active on social media. It seems she prefers to live her daily life away from unwanted attention from others.

These days the yoga master is busy conducting her yoga classes and teaching people about its importance. In life what matters the most is being happy and content doing what you love the most and Tao Porcho is doing just that. 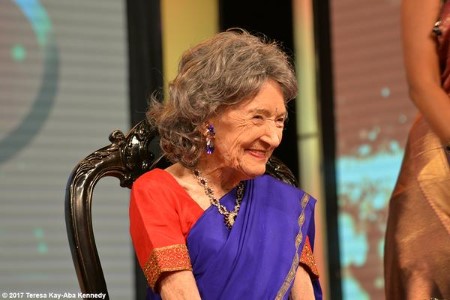 On January 26, 2019, the Ministry of Home Affairs in India announced that the historical yoga master received the prestigious Padma Shri Award 2019 for her disguised service. It is quite an honor as the Padma Award is one of the highest civilian honors given by the Government of India.

How Much Net Worth Does Tao Porchon-Lynch Have?

Tao Porchon-Lynch possesses an estimated net worth of $2 million. She made her wealth being a Yoga instructor and dancer. The average salary of a Yoga instructor in the US is $46,800 per year. With her experience and skills of many years, she surely makes more than the average amount.

Tao Porchon-Lynch teaching yoga to her students, check out the video!

The incredible lady is also an author and has three books on her name till now. Her first book Dancing Light: The Spiritual Side of Being Through the Eyes of a Modern Yoga Master (2013), Reflections: The Yogic Journey of Life(2015), and Shining Bright: Quotes and Images to Inspire Optimism, Gratitude & Belief In Your Limitless Potential (2017) which costs $27.60, $39.94 and $24.95 respectively on the Amazon store.

Tao Porchon-Lynch was born on August 13, 1918, in Pondicherry, India. Her father was French and mother was a native Indian and hence, she belongs to a mixed ethnical background. 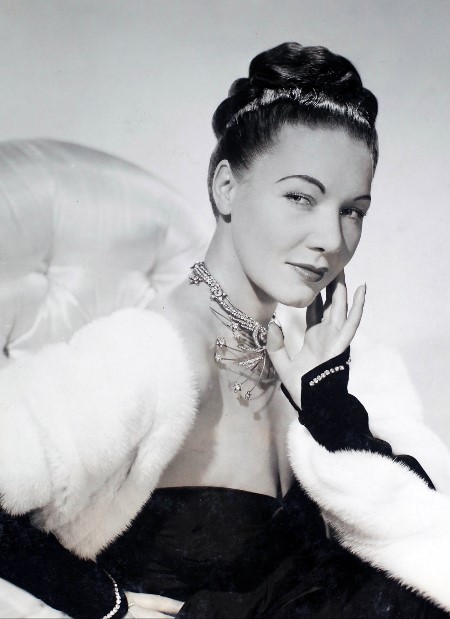 At a young age, Lynch witnessed yoga and took interest in it. During her lifetime, she met some of the historical figures such as Mahatma Gandhi, Charles De Gaulle, and Martin Luther King Jr.

Initially beginning her career as a model, she later ventured in acting and found decent success. However, in 1987, she abandoned her acting job and became a full-time yogi.

Now after more than 50 years studying and practicing yoga postures daily, the founder of the Westchester Institute of Yoga managed to defy her odds. As a matter of fact, in May 2012, Guinness World Records recognized Porchon-Lynch as the World's oldest yoga guru. Now she's happily crossed a century of her life. Amazing!

YouTube: Tao Porchon-Lynch showing her dancing skills on America's Got Talent, Check out the video!

In addition, the centenarian teacher is an activist and competitive ballroom dancer. Forever a student, Porchon-Lynch learns from her ballroom dance teacher and partner Anton Bilozorov, more than 70 years her junior.

Lynch aged 96, appeared on America's Got Talent's Season 10  with her dance-instructor-turned partner Vard Margaryan in 2015. She captivated everyone with her performance and proved everyone that age is just a number.

The yoga instructor was married to Bill Lynch in 1962. They lived together for about 20 years until Bill died in 1982.