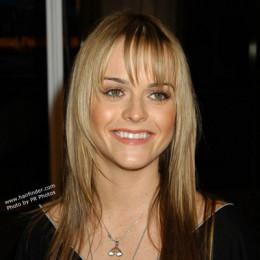 Taryn Manning is an American actress, fashion designer, and singer best known for her roles in Hustle & Flow, Crossroads, A Lot Like Love, 8 Mile, Weirdsville and many more. She is the co-owner of the clothing brand Born Uniqorn. She is the daughter of Sharyn and the musician, Bill Manning. At the age of 12, She moved with her mother and attended Oak Crest Middle School, in Encinitas, California. In 2001, she got her first major role as Maddy in Crazy/Beautiful.

Taryn Manning is possibly single at the moment but previously, she dated Clifton Collins Jr. for nine years on and off from 2002 to 2011.

During an interview with People in 2017, she admitted that she has experimented with women but she is not gay.

She mentioned that she's been with people of both sexes but she identifies herself as straight.

Taryn Manning holds an estimated net worth of $3 million from her career as an actress and singer.

She made her movie debut in the teen drama Crazy/Beautiful in 2001. She portrayed the role of Tiffany "Pennsatucky" Doggett in the Netflix original series Orange Is the New Black alongside Taylor Schilling, Laura Prepon, and Michael Harney.