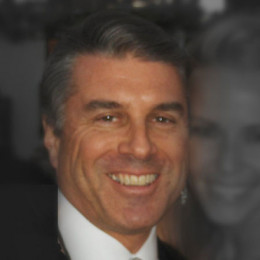 Ted Harbert was born Edward W. Ted Harbert III on June 15, 1955, in New York. He is the son of a pioneering TV, ad, and publishing executive Edward W. Harbert II and Marna. He grew up along with his five siblings. As a child, he was quite interested in watching television and made it his dream career to work in the industry.

Ted began his broadcasting career while in University at a college radio station WTBU. He later joined the ABC and served there for almost 20 years. In ABC he was promoted from a feature film coordinator to the president of ABC entertainment. During his time at ABC, he worked on programs such as The Wonder Years, NYPD Blue, The Practice and My So Called Life. His hard work led ABC to top in primetime programs in 1995.

In NBC  he looks after NBC Advertising Sales, the NBC Owned Television Stations, Affiliate Relations, Network Research, Domestic Television Distribution, NBC Universal Digital Entertainment and Special Events. He also took the responsibility of NBC Late Night. In 2016, he left the company. Besides that, he also made his appearance in Curb Your Enthusiasm.

Lisa Medrano a former human resources executive is the beautiful wife of Harbert. The couple took vows on June 11, 2011.

Previously Harbert was in the relationship with Julie Harmon Herbert and Susan Harbert. He has two children, Emily and Will from his past relationship.

Ted also had an affair with popular actress Chelsea Handler in 2006. They dated for several years and eventually broke up in 2010.

As and television executive Harbert earns a decent amount from his career. He has accumulated an estimated net worth of $ 40 million.

Lisa Medrano is the current wife of Ted Herbert. The duo tied the knot on 11 June 2011.

Emily is the older daughter of Ted Herbert from. She is his first child from his ex-wife.

Will Herbert is the second child of Ted Herbert from his ex-wife. He is the only son of Ted.