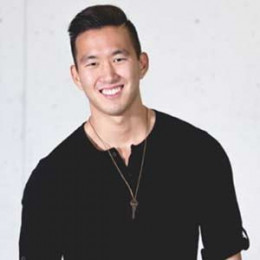 Born and raised in Canada, Terry Chen is best known for his versatile acting and dialogue delivery. He made his acting debut in 1999 with TV movie, Aftershock: Earthquake in New York.

He has appeared in several TV series and movies like Taken, Combat Hospital, I, Robot, The Chronicles of Riddick, The Expanse, Jessica Jones, Snakes on a Plane and others.

Terry Chen was born on February 3, 1975, in Edmonton, Alberta, Canada to a Taiwanese father and a Chinese mother. He is a Canadian and belongs to the Asian ethnicity.

Chen attended a school in Edmonton and Vancouver, British Columbia. Then he joined the college in Calgary and studied at the University of Calgary. Later, he moved to Vancouver to pursue his acting career.

Terry Chen debuted in the film industry in 1999. He made his acting debut with TV movie, Aftershock: Earthquake in New York. He was highly appreciated for his acting skill in the movie. The following year, he featured in four movies including, Romeo Must Die, Trixie, Almost Famous and Sole Survivor.

Chen also acted in several TV series, till the date he has featured in more than 35 television drama. Some of his TV screen credit includes Da Vinci's Inquest, MythQuest, Mary-Kate and Ashley in, Action!, Dark Angel, Jake 2.0, The 4400, The Evidence, The Guard, Nikita, Strange Empire, The Expanse, and others. 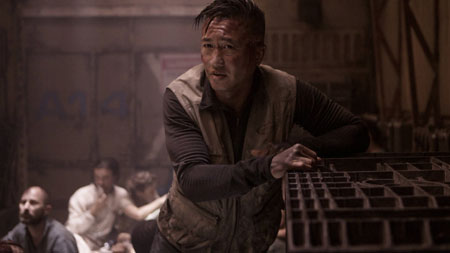 Terry Chen from the set of The Expanse
Source: Den of Greek

In 2004, he starred in Alex Proyas' science fiction action film, I, Robot where he played the role of Chin. The movie was commercially successful and helped him to gain international fame.

He has also been part of various critically acclaimed movies such as 40 Days and 40 Nights, The Chronicles of Riddick, The Life, Chaos, Underclassman, Mem-o-re, Time of Death, Tomboy, a Revenger's Tale.

Terry Chen has an estimated net worth of $500k as per some online sources. His estimated salary is $100k-$200k per annum as he earned more than $85k from his appearances on films and series.

Terry Chen is possibly single at the moment. Currently residing in Los Angeles, Chen is quite ambitious and hardworking. He considers himself as the career-oriented person which might be the reason his personal life is always under wraps.

Due to his secretive nature, Chen never opens up about his private life with media.

Once in an interview, Terry Chen said he is more defined by his personal life rather than a profession,

“I’m not defined by being an actor; I’m defined by my friends, my family and what I do outside of the industry. I’m not chasing fame. To be able to support myself and the people I love that’s the important thing in my life right now and that’s paramount.”

Check out the interview video of Terry Chen at the Hollyshorts Film Festival,