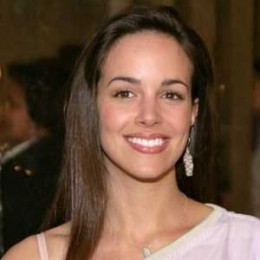 Tiffany Dupont is an American actress who came to limelight from the Hollywood epic movie “One Night with the King” where she portrayed the lead character of Hadassah, a Jewish girl, Queen of Persia. It was one of the highest-grossing films of the year. Moreover, she won the Miss University of Georgia Pageant on 13th January 2002.

Her father was an aircraft designer and mother was a master’s degree holder in dance. Being born in a well-educated family, she was encouraged to take part in dancing, singing, and martial arts.

She grew up in the city of Burke, Virginia and did her schooling from Lake Braddock Secondary School. She equally participated in school activities and was a good athlete.

So lovely seeing you yesterday Janessa, l adore my new hat. Thanks lady!

Tiffany made her acting debut in the TV show Yes, Dear which aired in the year 2002. She has portrayed the character of Sammy’s Girlfriend in this drama show. The following year, she made an appearance in the Hollywood movie Cheaper by the Dozen.

She has played numerous TV dramas in her life among which The Big Bang Theory, Scorpion, Anger Management are some of her hit shows.

Tiffany is currently single and focused on her career. She was previously dating famous Hollywood actor Tom Cruise in 2007.

According to the sources, she was also in a love relationship with Bryan Fisher, but somehow the relationship could not continue and separated.

Beyond her secretive dating life and boyfriend, she's active on Instagram posting adorable images with her niece Serena Louise.

Tiffany is enjoying a lavish lifestyle with the earnings from her profession. She has successfully collected an estimated net worth of $3 million.