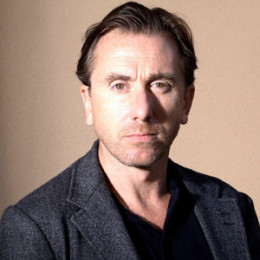 Timothy Simon Roth, better known as Tim Roth, is a British actor and director better known for his role in the American adventure movie Rob Roy for which he won BAFTA Award and a nomination for Academy Award. Some of his successful hit movies are The Cook, The Thief, His Wife & Her Lover, Vincent & Theo, The Incredible Hulk and Rosencrantz & Guildenstern Are Dead.

Tim Roth was born on 14th May 1961 in Dulwich, London. He is the son of Ann, a painter and teacher and Erin, a Fleet Street journalist, painter and member of the British Communist Party. His family belongs to Irish ancestry.

He attended the Strand School in Tulse Hill. From early days, he wanted to become a sculptor and studied at London’s Camberwell College of Art.

At the age of 21, Tim began his acting from the British television play, Made in Britain, created by David Leland in 1982. He also played an East End character in British television drama miniseries, King of the Ghetto, which is based on a novel by Farrukh Dhondy set in Brick Lane.

In 1984, he was cast in British road crime movie, The Hit, directed by Stephen Frears. The movie starred John Hurt, Laura del Sol, Terence Stamp. For his great role in the movie, he won the nomination for BAFTA Awards for Best Newcomer.

His role as Archibald Cunningham in an adventure movie, Rob Roy, earned a BAFTA Award and was nominated for Academy Award, Golden Globe Award, and Saturn Award.

He made his directorial debut with The War Zone, starring Ray Winstone, Tilda Swinton, Lara Belmont and Freddie Cunliffe in 1999. He also directed the American science fiction movie, Planet of the Apes, which was one of the second highest grossing movies of the year 2001. The movie was made on $100 million budget and collected $352.2 million worldwide.

In his life time, he has also played the antagonist in American superhero movie, The Incredible Hulk, directed by Louis Leterrier, starring Edward Norton and Liv Tyler.

Moreover, he has appeared in several TV drama shows among which Lie to Me was one of the successful TV series. He was last seen in the TV series Twin Peaks and Tin Star in 2017.

Tim married Nikki Butler in the year 1993. She is very supportive of him and also helps him in his work. She is inspired by his spouse’s role in the movie, Rob Roy. The couple is still together and enjoying a happy married life.

The husband and wife are blessed with two children: Timothy Hunter Roth and Michael Cormac Roth.

He was previously in a relationship with an actress, Lori Baker. But their love relationship didn’t last long and separated after years. From his first girlfriend, he has a son named Jack Roth.

Moreover, he was sexually abused by his paternal grandfather during his childhood. In an interview with British newspaper, The Guardian, he revealed his grandfather used to abuse him and shared that even Tim's father was his victim. He has captured that scenario in his directorial debut, The War Zone, and has dealt with the topic sexual violence within the family.

Tim's source of income includes acting and directing the movie and TV series. Altogether, he has an estimated net worth of $7 million: as he charges around $275 thousand salaries per episode.

Currently, he is living a lavish lifestyle with his family residing in the city of London. He owns Audi A6.

Nikki Butler is the first wife of Tim Both. Nikki is a fashion designer and fully supports his husband. The husband and wife are blessed with 2 children.

Born in 1995, Timothy Hunter Roth is the elder son of Nikki Butler and Tim Roth. His first name was inspired by from his father's name and the second name, Hunter is inspired from a popular journalist, Hunter S. Thompson and famous actor, Hunter Carson. He also has uploaded Cormac video on his YouTube channel.

Born on 1996, Michale Cormac Roth is the second son of Nikki Butler and Tim Roth. He is a musician and is also a very fluent in playing guitar.