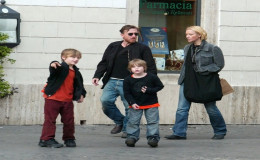 The English actor plus director, Tim Roth is married to his fashion designer wife, Nikki Butler with two children from her and one actor son from her previous relationship.

The Golden Globe award-winning actor, Tim Roth is one of the most loved Hollywood stars. Tim is living a blissful married life with wife, Nikki Butler and his two children.

Besides, Nikki, he also has an actor son, Jack Roth from his ex-girlfriend, Lori Baker. Every smiling face has pain inside it. Tim also has his huge pain which he revealed finally after years of suffering that he was abused by one of his family members.

If you want to know more about his life, read below!!!!!

The actor is married to a fashion designer named, Nikki Butler in 1993. The couple is blessed to have each other in their lives and is living a blissful married life.

Discover: Canadian Actor Brendan Penny; Know All The Details About His Married Life and Children

Nikki also helped her husband in his work as she became the inspiration for his spouse's role in the movie, Rob Roy. The couple is still together and still no signs of divorce and extramarital affairs. 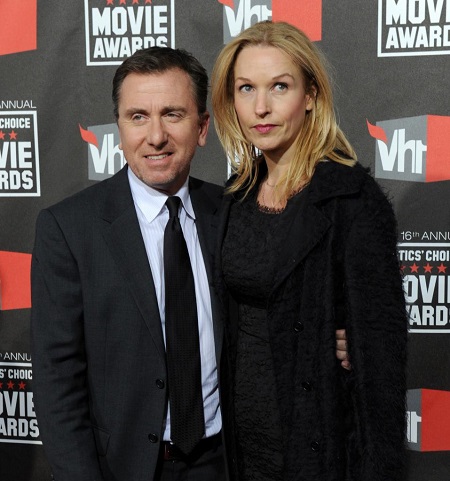 Nikki is not just a good wife but is also a proud mother too. She has two children from her husband, Tim. Their first child was named as Timothy Hunter Roth who was born in 1995.

His first name, Timony was inspired by his father's name and the second named, Hunter is from the popular journalist named, Hunter S. Thompson plus famous actor, Hunter Carson. He even uploaded Cormac videos on his YouTube channel. 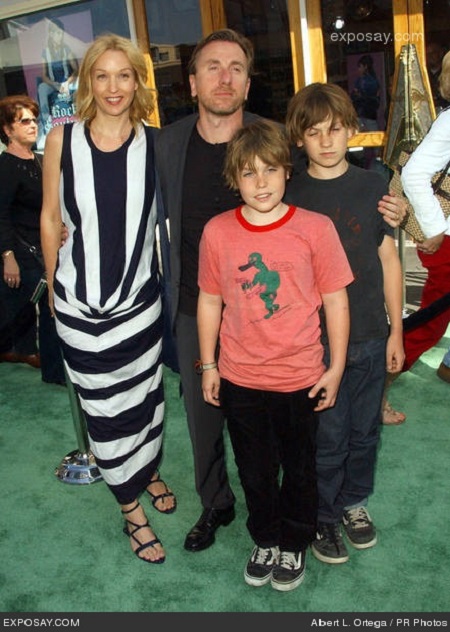 The couple's second child was born in 1996. He is a musician and is also very fluent in playing guitar. The family is very happy together living really a lavish life.

Has a son from his ex-girlfriend, Lori Baker

Tim was in relation with an actress named, Lori Baker who is famous for the role in Frostbiter: Wrath of the Wendigo. But unfortunately, the relation did not last long and separated soon after a year of their relationship.

Despite the tragic relationship, they had an amazing gift; a son named, Jack Roth. Jack was born in 1984 when his father was only 23.

As his, both of the parents are actors from the industry that might be the reason he built up his interest in acting as well. 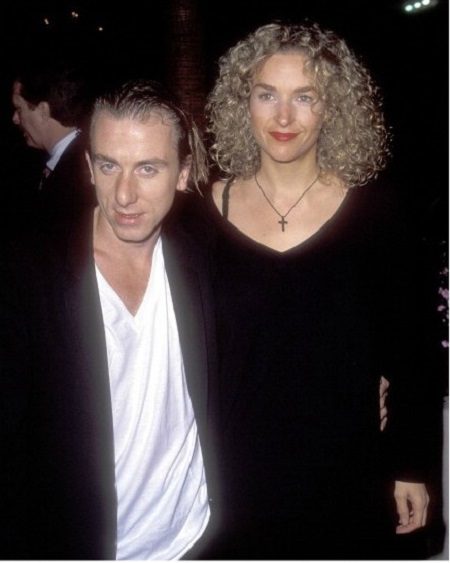 Jack is one of the dashing rising British actor known for his incredible work in different series and films including BBC's Great Expectations, Bedlam, Quadrophenia, Strawberry Fields.

The star also appeared in the TV show, Game of Thrones in the episode ''The Watchers on the Wall'' with the role of Cooper with the stars Kit Harington, John Bradley, Rose Leslie, and others. 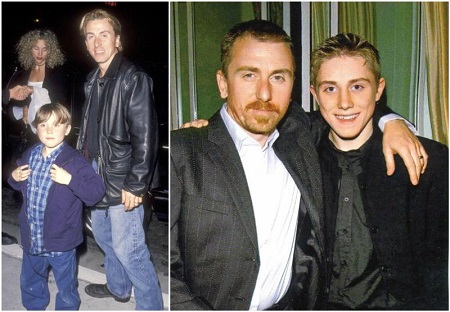 Tim and his son, Jack.
Source: Body Weight and Height

Despite the separation of his parents, he is still close with both of his parents. Hope to see him progressing more in the industry.

Abused in childhood by his own grandfather

Child abuse is one of the greatest crime. Once a child is abused then it will remain in his/her mind that might sometimes lead to dangerous consequences.

Today, we are talking about Tim who was also suffered from a sexual and mental child abuse right from his early age.

Tim announced about his childhood bad moment during the promotion of his movie called, The War Zone which was also based on the topics of sexual violence and incest within the family. 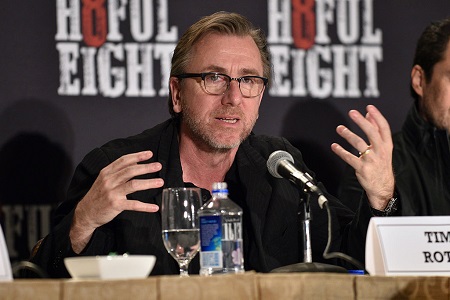 ''It happened during my childhood up to my early teens and although I'm not going to say who it was, he's long gone now, and I hasten to add it wasn't my father or mother.''

During that time he was not ready to reveal who he/she was. However, finally disclosed that it was non-other than his own parental grandfather who abused him and his father.

During an interview with the British newspaper, The Guardian, he revealed the truth. He added more,

'' He was a damaged soul. I loved him. He was funnier than f**k. He was abused. And I was abused. But I was not abused by him. I was abused by his abuser. It was his father. He was a f**king rapist. But nobody had the language. Nobody knew what to do. That's why I made The War Zone.''

Tim's career as an actor

At the age of 21, he started his acting career and debuted from a film named, Made in Britain playing a white power skinhead. After that, he appeared in the controversial film, King of the Ghetto which is based on the novel of Farrukh Dhondy.

Also See: Jessica Jung Is Planning To Get Married Soon: Know About Her Relationship With Boyfriend Tyler Kwon

Since 1985, he started appearing in the TV film, Murder with Mirrors. Moreover, he started working in different TV series and movies including The Cook, the Thief, His Wife & Her Lover by Peter Greenaway, Vincent & Theo by Robert Altman, Rosencrantz & Guildenstern Are Dead by Tom Stoppard and so many others.

Furthermore, his role in Rob Roy helped him to win a BAFTA Award for Best Actor in a Supporting Role as well as other awards like Best Supporting Actor by Academy Award and was nominated for Golden Globe Award.

From 2009 he became the part of a Fox network series, Lie to Me for a year. 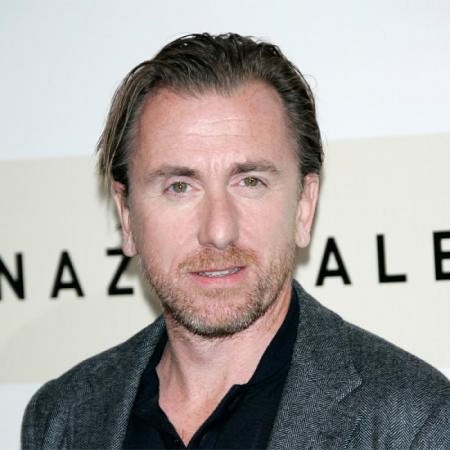