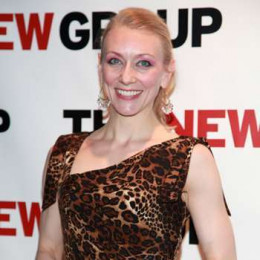 American actress, Tina Benko received a Lucille Lotrel Awards nomination for her amazing performance in Jackie at the New York City Center. Benko has also appeared in several A-list movies including The Avengers, Contest, and The Awkward Moment among others. Along with movies, she also worked in some of the TV series including, Brotherhood and Flesh and Bones. As of now, Tina Benko is single and yet to be married.

Tina Benko was born and raised in Pittsburgh, Pennsylvania. Benko is American actress and as far as her ethnicity is concerned, she is White. She graduated from the Carnegie Mellon School of Drama in 1994.

Tina Benko made her movie debut in 2006 from the movie Puccini for Beginners by Maria Maggenti. The same year, she appeared in her first TV series, Brotherhood created by Blake Masters. In 2012, she worked in the movie, The Avengers with Robert Downey Jr., Chris Evans, Chris Hemsworth, Scarlett Johansson and Mark Ruffalo.

The following year, she worked in the movie Contest, portraying the role of "Rhonda" alongside Katherine McNamara, Kenton Duty, Daniel Flaherty, Kyle Dean Massey and Mary Beth Peil among others.

Along with movies and series, Benko is also involved in theater plays. In 2014, she performed a scene from Marriage at New York Theatre Workshop. Two years later, she acted in The Crucible at Walter Kerr Theater. She also acted in Elfriede Jelinek’s Jackie for at New York City Center for which she received a nomination for a Lucille Lortel Awards. Later, she won the St. Claire Bayfield Awards for playing the role of Titania in A Misdrummer Night’s Dream by Julie Taymor at Theater for a New Audience.

Tina Benko has an estimated net worth of around thousands of dollars. Some of her movies that made a good collection at the box office include:

Tina Benko is yet to be married. She has always maintained a low key profile about her private affairs on the media. She is quite ambitious and hardworking and perhaps she's more focused on her career than settling and getting married.

Till the date, Benko has not been linked to anyone. So, she might possibly be single in the present days. You can follow her on her official website, tinabenko.com