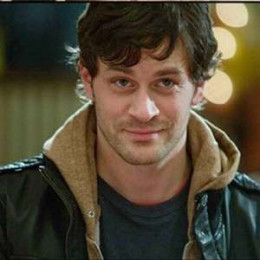 Tom Everett Scott is an American film, theater and television actor. William Joseph his father is a civil engineer. His mother is an insurance saleswoman. His parents loved and encouraged him to act. Tom Everett Scott began his acting career as a drummer Guy in the film 'That Thing You Do' but his first notable role was appearing for several seasons in the recurring role of Matthew on the television comedy 'Grace Under Fire'. Tom has acted in many films as well as in many plays. His famous film is An America Werewolf in Paris, Tom Selleck and so on.

Tom Everett Scott is a married man. He has two children with his wife Jenni Gallagher who he loves very much so there is no sign of divorce in their relationship. Tom was the lead actor in the films An American Werewolf in Paris (1997) and Dead Man on Campus (1998), and he is a co-starred with Kate Capshaw and Tom Selleck in The Love Letter (1999).

Tom Everett Scott was born on 7 September 1970 in East Bridgewater, Massachusetts. Initially, he was known among the family as Thomas Everett Scott. He belongs to Scottish, German, Irish, and English ancestry.

His mother Cynthia "Cindy" (née Pierce) worked as an insurance sales representative and his father William Joseph "Bill" Scott is a civil engineer.

He completed his graduation majoring in drama from Syracuse University in 1992.

Scott first gained wide recognition in the recurring role of Matthew on the TV comedy Grace Under Fire. He portrayed the role of Guy Patterson in the movie 'That Thing You Do!'

He almost lost the role because of his resemblance to the film's director and actor Tom Hanks. However, his wife Rita Wilson encouraged Hanks to cast Scott in the very role.

He performed the lead role in movies including An American Werewolf in Paris and Dead Man on Campus. He appeared in the 1999 American romantic comedy 'The Love Letter' alongside Kate Capshaw, Blythe Danner, Ellen DeGeneres, Tom Selleck, and Gloria Stuart.

Starring on the television series ER, he starred in minor roles in many other movies and TV series including Will & Grace and Sons of Anarchy. Some of his recent movie roles include The Last Word, Diary of a Wimpy Kid: The Long Haul, I Hate KIds, Back Roads, and Collusions.

Some of his recent TV roles like 13 Reasons Why and  I'm Sorry gained wide recognition among his fans.

Everett Scott has an estimated net worth of about $4 million as stated by Celebrity net worth while it is about $3 million as per the Richest.

He is one of the top 10 highest-paid actors for 2018 with an estimated $58 million in combined earnings.

Everett Scott is a happily married man. He tied the knot to Jenny Gallagher in 1997 in a private ceremony among their close friends and family.

The couple is blessed with two children; a son Finn Scott and a daughter Arly Scott.

The pair has completed 20 years living together as husband and wife without any divorce rumors. Scott celebrated the 18th marriage anniversary with his wife and announced the day via Twitter post.

Further, the couple celebrated 20 years of marriage anniversary and uploaded an image of the lovely duo via Instagram.

20 years of love and laughter. Happy Anniversary to my, @jgscott.

It's 14th December 2017 when they celebrated two decades of being together.

Jenni Gallagher is Tom Everett's wife. Jenni is an actress both of them love each other and they have two children together.