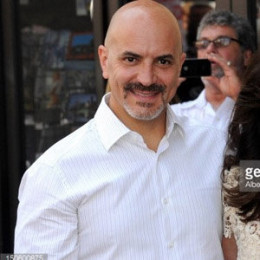 Tom Vitale is a financial planner and producer. Debuted his career in 1987, he is currently serving as the Executive Vice President of Programming and Original Movies. He has co-produced the Off-Broadway play called Dyslexic Heart. Vitale rose to fame after marrying a famous American celebrity. Read below to know all about his life.

Tom Vitale is a financial planner and producer. Debuted his career in 1987, he is currently serving as the Executive Vice President of Programming and Original Movies. He has co-produced the Off-Broadway play called Dyslexic Heart. Vitale rose to fame after marrying a famous American celebrity. Read below to know all about his life.

Vitale was born in January 1967 in the United States of America. He is an American belonging to the White ethnicity. He currently lives in Malibu.

Vitale graduated from Williams College. He started working on television in the late 80s. He worked as a financial planner in his career.

Vitale started his professional career in 1987. He worked in program acquisition for Viacom at the time. He then moved to NBC.

Vitale currently serves as the Executive Vice President of Programming and Original Movies for Syfy and Chiller.

Besides, Vitale co-produced an Off-Broadway play called Dyslexic Heart in 1999. He has served as a board member of the Williams Club at Williams College for ten years.

Vitale is the CEO of Veebow, a company that connects buyers with savvy companies through local, regional, and special deals. It can be used through a free application on smartphones and mobile devices.

Tom Vitale and Valerie Bertinelli first met in 2004. The duo was introduced by the celeb's brother Patrick Bertinelli when the lady was visiting her parents in Scottsdale, Arizona.

Due to the pair's similar turbulent past relationship, they had a good connection that slowly converted into love. In March 2010, the financial planner got on his knee and proposed to his lover on their trip to Italy. 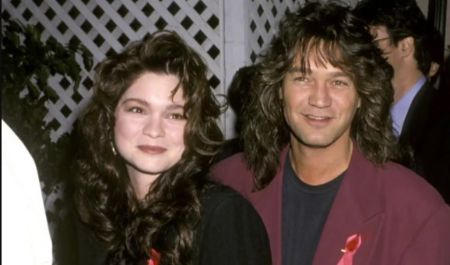 It didn't take long for the couple to take their relationship to another level, as they tied the knot on January 01, 2011. Around 100 guests from both sides attended the wedding ceremony, which included Bertinelli's son Wolfgang Van Halen and her former partner, Eddie Van Halen.

Valerie and Eddie were married from 1981 to 2007. Their only son Wolfgang is also a musician and performed alongside his father as the bassist for his father's band Van Halen for many years. 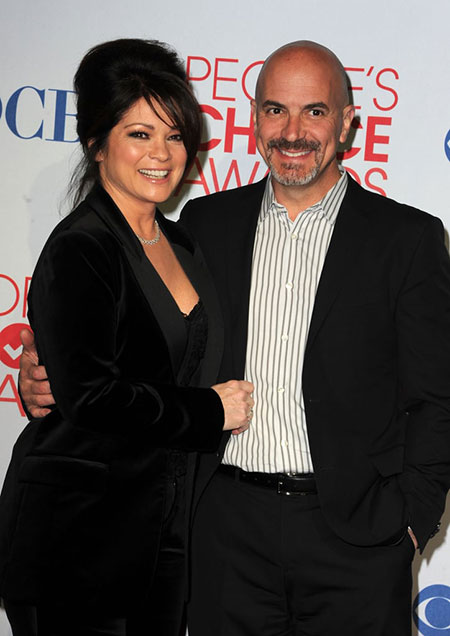 Previously, Tom was also married to someone else. He was assumably in a marital tie-up with a woman named Sharon. Moreover, they shared one child from their marriage.

According to an online outlet, Vitale was apprehended by the police for attacking his former wife. Moreover, he was charged by the authorities for punching his own kid.

Tom Vitale And Valerie Bertinelli's Divorce and its Aftermath

Tom Vitale and Valerie Bertinelli were living a peaceful life as husband and wife for a few years. In people's eyes both appeared to be the perfect couple understanding each other in everything. But it could not be an everlasting relation.

After ten years since their nuptials, the pair opted for a divorce due to "irreconcilable differences." The Gold Globe winner field for the divorce on November 24, 2021 and it finalized just recently on September 29, 2022.

After the diovrece both Vitale and Bertinelli are believed to be leading a single life. The actress even went on to say that she does not want to look for love again in her life. The lady wants to move on from her bitter past love failures and want to remain single for the rest of her life.

Although the two legally separated, it is not over just yet. In June 2022, Tom filed a case in a court challenging the premarital agreement he and Betinelli signed before their marriage.

Valerie, in her response, has requested a separate trial to review the prenup upon the authentication of Tom's demand. She asserts their prenup contained a "waiver of temporary and permanent support."

Well, the trial for this issue is to be held in the near future. Things could get ugly as both will definitely try their best to win the case in their favor.

Tom Vitale's Net Worth And Earnings

Tom Vitale has made a good amount of money from his work as a financial planner. Even though the exact data about his wealth is not disclosed, he should have an estimated net worth of $4 million.

At present, he works at a post office in Los Angeles. Report suggests, he makes $16 an hour for his service.

Talking about Vitale's ex-spouse, Valerie Bertinelli, she is an incredibly wealthy individual. She has been one of the recognized faces on television for many decades.

She has excelled both as a television actress and presenter. As an actress, she is famous for One Day at a Time, Touched by an Angel, and Hot in Cleveland. She has both host and created cooking shows Valerie's Home Cooking and Kids Baking Championship, which are both popular programs of Food Network. The lady's net worth is a staggering $20 million.

To see more articles, don't miss out at Married Wiki.

Tom was married to his first wife Sharon. The relationship of this couple is unknown including date of marriage and divorce. They have four children.

Actress Valerie Bertinelli was married to her first husband Eddie Van Halen.With him, Valeria has a son Wolfgang Van Halen. She got divorced with him in 2005 because of excessive consumption of drugs. After the end of her first marriage he married Tom.