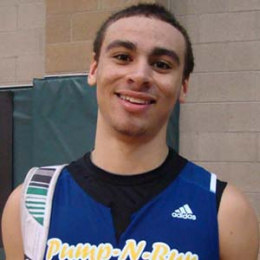 American basketball player, Tre Demps is best known as the former guard of Northwestern. He opted the same path as his father to become a basketball player. He started his career at a quite young age and played for many famous clubs like Kolossos Rodou of the Greek Basket League, Belfius Mons-Hainaut and
Vanoli Cremona.

Tre Demps Personal Life; Is He Married? What About his Children?

Tre Demps is married to his girlfriend Heather Alison John aka Heather Demps. They tied the knot in an intimate ceremony held between close friends and family at Edgewater Baptist Church on June 13, 2015. Moreover, they dated for several months before Tre proposed Heather on March 22, 2015, in front of close church friends.

The couple first met in November 2013 bu the path of successful love life was not easy for Tre as he was constantly refused by his lover to commit to a relationship. The couple, however finally confessed their love for one another in August 2014.

Big 3. Why did you come back to Europe all grown!? Love you with all my .

In addition, the pair is the proud parents of a daughter. The couple welcomed their first child, Chloe on March 15, 2016, after a year of their marriage.

How Much is the Net Worth of Tre Demps? Know About His Salary, Earnings, Career

18-19, thank you. I’m still processing everything. Not just basketball. God’s been gracious enough to remind me the proud get humbled. Discipline was necessary, BECAUSE HE LOVES ME. Hebrews 12:11. I’m not afraid to admit I wasn’t ready. Even with that, there new mercy and grace for tomorrow...

The player started his professional career after being signed by Chicago Bulls to their NBA Summer League roster. Prior to this, he played as a Northwestern's guard for five years. He was then signed with Belfius Mons-Hainaut(2016-2018), Vanoli Cremona (2018–2019) and lastly ending up with Kolossos Rodou.

Tre's father Dell Demps is a former professional basketball player and former New Orleans Pelicans general manager. He possesses the net worth of $3 million. Similarly, his mother, Anita Demps is an attorney and a partner with an architectural firm that develops high-end residential homes in New Orleans who earns a good amount of money. 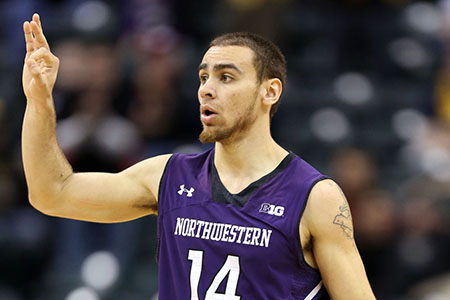 Tre Demps tied the knot with Heather Demps in an intimate ceremony held between close friends and family on June 13, 2015.

Tre Demps and Heather Demps welcomed their first child as a daughter, Chloe on March 15, 2016.