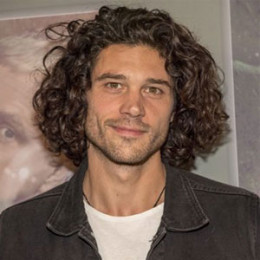 The American native actor and model Trent Garrett debuted in the entertainment industry in 2010 and has been wowing the audience with his screen presence. He is widely known for his role of Asher Pike in the 2010 series, All My Children where he appeared for 90 episodes.

Trent Garrett's personal life is always a topic of curiosity to his fans and media. So, is he dating someone? Or still single?

Current Relationship Status and Past Affairs

The actor was not married and dated actress Cassie Steele until 2018 when they got hitched. They started dating in 2018 and are deeply in love as it shows from their social media handles.

However, the marital ceremony of Trent and Cassie was a low-key one and the husband and wife are also not a fan of showcasing their relationship to the public. In fact, Trent and Cassie both keep their marriage away from the media eyes including social media. And, as of 2021, Cassie is yet to become a mother to Trent's child. But, she enjoys being a great stepmother to Trent's son from another woman.

Previously he was in a relationship with Maya and seemed totally in love. They were seen traveling places together like going on a vacation to Mexico and even Disneyland. However, they broke up due to unknown reason and Garrett removed every last picture of her from his Instagram.

We're just dancing desert dreamers in this band Of horses charging forward where we can - - : @billkennedyphoto aka Chili Salsa

Garrett was firstly dating Tereza Kacerova who is the mother of his son Luka Kennedy Garrett who was born on November 25, 2015. His baby mother was in a relationship with late musician and DJ Avicii and he was like a father to her son Luka as they bonded a lot.

Both Avicii and Garrett's ex-girlfriend Maya co-parented Luka and all four of them were close. Avicii committed suicide at age 28 and his death shocked the world, mostly Tereza to whom he meant everything.

Dear Spain, I love you more than ice cream but I can’t promise you he does. - Speaking of divided hearts- catch me on an all new “Splitting Up Together” TONIGHT on ABC 9:30 PST for a special date night with @msjennafischer !!!!! - #splittinguptogether #abc

He was named amongst the Hot Men of ABC Soaps and as for his interests, he plays the musical instrument harmonica. Garrett's favorite movie is The Doors. He does Pilates for his workouts and there is a tattoo on his back which quotes This is the strangest life I've ever known by Jim Morrison.

The actor Trent Garrett's net worth is not estimated as of yet and is still under review. He is a successful actor who earns a huge income from her career. His main source of earning is from his career as an actor and model.

Being a renown actor he must be entitled to a lot of luxurious properties but none of it is enlisted in the media. The information about his assets is disclosed to the public.

The actor Trent Garrett is a benevolent person and involves himself in lots of charitable works. He did some major works in charitable organizations like Reality Cares, Orphan helpers Visual Impact Now and Give the kids the world.

Orphan Helpers is his father's organization and he visited Argentina with his father for its works. Trent Garrett is active in the social media fields like Instagram with 260k followers.

Trent Garrett was born to parents Greg Garrett and Linny Garrett on March 2, 1984, under the birth sign Pisces in Hampton, Virginia. He grew up with his three siblings; a younger brother & sister and an older brother. Garrett belongs to Spanish, German, Scottish and Native American ancestry. 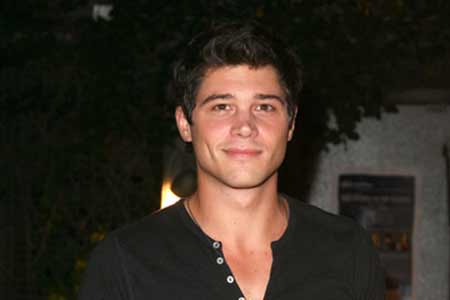 He attended Grafton High School from where he graduated in 2003 and while his time there played football in the kicker position. Furthermore, Garrett enrolled at Liberty University but dropped out after a semester to achieve his career in acting.

He is an emerging poet as well who keeps a collection of more than 200 poems which he started writing after learning from his grandfather. Garrett wishes to publish a poetry book soon.

Trent Garrett is professionally an actor and model who debuted in the entertainment industry from the Television series 90210 where he was cast for an episode.

Furthermore, his movie debut happened in 2012 from the movie Last Call where he played the role of Ryan and the same year was also cast in the movie Slightly Single in L.A. His featured movie Underground: Blood Mars was a 2016 action horror movie where he did the role of Michael Corvin.

His major breakthrough is his involvement in the 2010 series All My Children where he appeared for 90 episodes. Besides, he was cast in popular series like New Girl, CSI: NY, Make It Or Break It and so on. Recently in 2018, he appeared in series, Splitting Up Together where he was joined by actors Oliver Hudson, Oliver Lee, Diane Farr, and Lindsay Price.

Besides, he launched a production company of his own and named it Trent Garrett Productions. He also did some works in the modeling field and modeled for renown brands like Abercrombie and Fitch, GQ, Guess, and so on.

Here is a video of which shows Trent Garrett's interview!

Follow Marriedwiki for more entertaining Gossips and Biographies of your favorite celebrity!!

Trent Garrett and Tereza Kacerova became a parent to their son Luka Garrett.