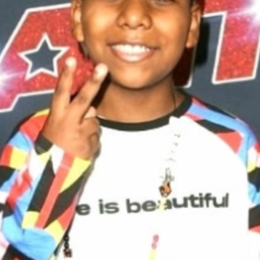 Tyler Butler Figueroa is a young violinist on the greatest reality shows America's Got Talent. His cover of Kelly Clarkson's Stronger earned him massive success as well as Simon Cowell's coveted Buzzer.

Tyler Butler Figueroa was born on September 25, 2007, in Raleigh, North Carolina to mother Kisua Figueroa. She studies in fifth grade at Walnut Creek Elementary School in North Carolina, US. He began playing the instrument at age seven and a half years old. 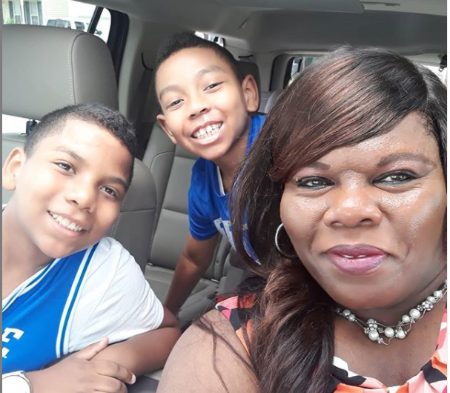 He wanted to take violin lessons and insisted he wants to do it though no one in his family plays an instrument. But, once he started violin class, it was like sunshine, Figueroa was full of energy and happy.

At just four and a half, he was bullied by classmates after being diagnosed with leukemia. He had cancer and almost died. The doctors treated him with chemotherapy. In February 2019, he celebrated four years of cancer-free.

As Tyler lost his hair and looked different, he was really sad and embarrassed at the same time to go to school. His schoolmates made fun and laugh at Tyler. His friends would spread rumors to say that his cancer was contagious and wanted to stay away from Figueroa.

How Much Is Tyler Butler Figueroa Net Worth?

Tyler Butler has an estimated net worth of $1 million.  According to TMZ, Tyler is on the cusp of setting a record deal. He could reportedly get a $100,000 advance on the first album in case he's declared the winner of America's Got Talent season 14. 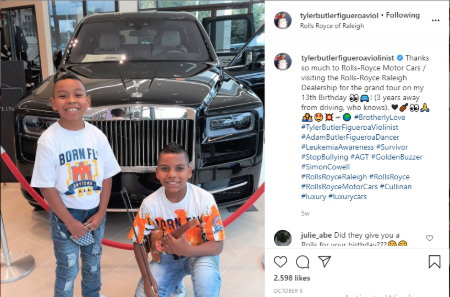 Prior to the AGT audition, Tyler said he didn't want to be the child with cancer. So, in a way to get rid of his pain and forget about the past, he started playing the violin at age 7.

Figueroa's audition in Episode 1403 consisted of playing Kelly Clarkson's Stronger on the violin. Thousands of audiences were impressed by his performance. Most notably, Cowell pressed his Golden Buzzer sending Tyler straight to the quarterfinals. 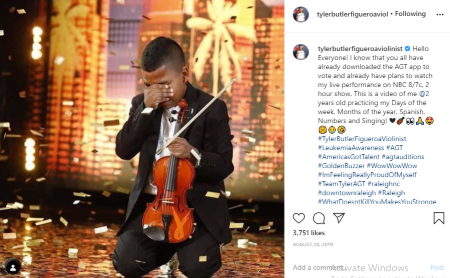 Figueroa received a standing ovation from the four judges as well as the audiences after the first audition. In addition to that, Simon Cowell commented, "You are an extraordinary young man. We hear too many stories about people being bullied, most people are bullied because they're better than the people who bully them."

He performed Leonard Cohen's Hallelujah in episode TC206 and Lewis Capaldi's Someone You Loved in The Champions 2 Finale. All in all, Tyler Butler has counted as the highest placing solo act of Champions 2.