Ursula Andress is a Swiss model, film and television actress best known for her breakthrough role of Bond girl Honey Ryder in the first James Bond film Dr. No. The 84-year-old contributed to the Hollywood industry for more than six decades. Other than that, she broke headlines for her romantic relationship with the big names of the film industry.

Ursula Andress, who played Honey Ryder in the 1962 Bond film dated a number of big names from the Hollywood industry, is possibly single as of now. She's not been linked to any men after four failed relationships. 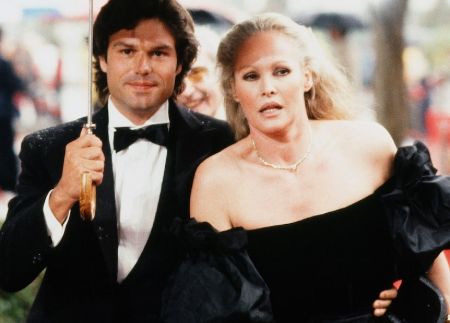 She was romantically linked to Dennis Hopper and James Dean in 1955 after moving to the U.S.  In the same year, she began an affair with John Derek in 1957 in Las Vegas but separated in 1964 over her affair with Ron Ely.

Post-split from Derek, Ursula dated John Richardson, her co-star from The 10th Victim. The Ostermundigen born actress had an intimate relationship for the first time in life at age 17 with married actor Daniel Gelin in 1953. 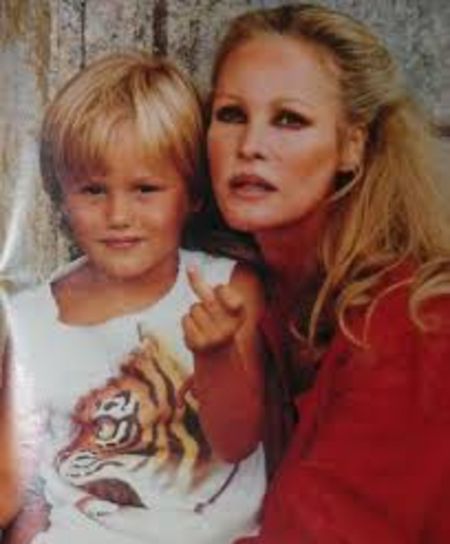 Ursula Andress's son is a replica of his father Harry Hamlin.
SOURCE: whosdatedwho.com

Andress, 44, had a child Dmitri Hamlin with actor Harry Hamlin,28, over the course of a three-year relationship. According to Harry, Ursula invited him to her room at age 28 and later known she got pregnant that night. They were in a four-year-long relationship. Hamlin met Andress on the set of Clash of Titans in 1979. A year later, they welcomed a child.

Notably, the bikini Ursula wore in the film Dr. No was sold at auction in 2001 for £41,125. Andress gained massive popularity after she was cast in the role of She, portraying an immortal queen. That's not all, the blonde beauty was paid a reported  £200,000 for playing Peter Sellers, an occasional spy who chase Evelyn Tremble.

Andress put her lavish Beverly Hills home at a considerable profit in 2017. Today, Ursula spares her time living between an apartment in Rome and a house in Switzerland for $2.28 million next to his siblings. The beautiful house stands at 2,750 square feet.

Ursula Andress was born in Ostermundigen, Switzerland on 19 March 1936. She is a third of six children to Anna, a gardener of French and Italian descent, and Rolf Andress, a German diplomat. She has a brother Heinz and four sisters Erika, Charlotte, Gisela and Katey.

Speaking of academic qualification, Ursula went to a local school in Bern until age 16. What's more? she can fluently speak several languages including French, Italian, and German. Having said that, Andress never went to high school or universities for graduation, she studied art in Paris for a year. Subsequently, the actress switched to Rome where she did jobs such as nannying children.

Stay updated with Marriedwiki.com for more celebrity biographies and articles.

Ursula Andress dated many big names of the Hollywood industry in life but she's married to only one man, John Derek in 1957. The pair could not sustain relationship for long they end up getting divorced in 1966.

Dmitri Hamlin is the only child (son) to actress Ursula Andress and her partner Harry Hamlin. The couple gave birth to son Smitru in 1980.